September 26, 2009
Today is Public Lands Day. We took advantage of free admissions to visit a couple state parks in Georgia. The first stop off Route 95 was the Hofwyl-Broadfield Plantation Historic Site, just south of Darien, GA. The visitor center had a small museum that presented a history of the area, and an overview of the workings of a rice plantation and a dairy farm. A video reviewed the history of five generations of the family who owned the plantation.
We walked through a large grove of Live Oak Trees (Quercus virginiana), with their wide-spread branches covered with Spanish Moss and ferns, to the plantation complex. If someone watching us wondered why we didn’t always walk in a straight line, it was because of all the ant hills. 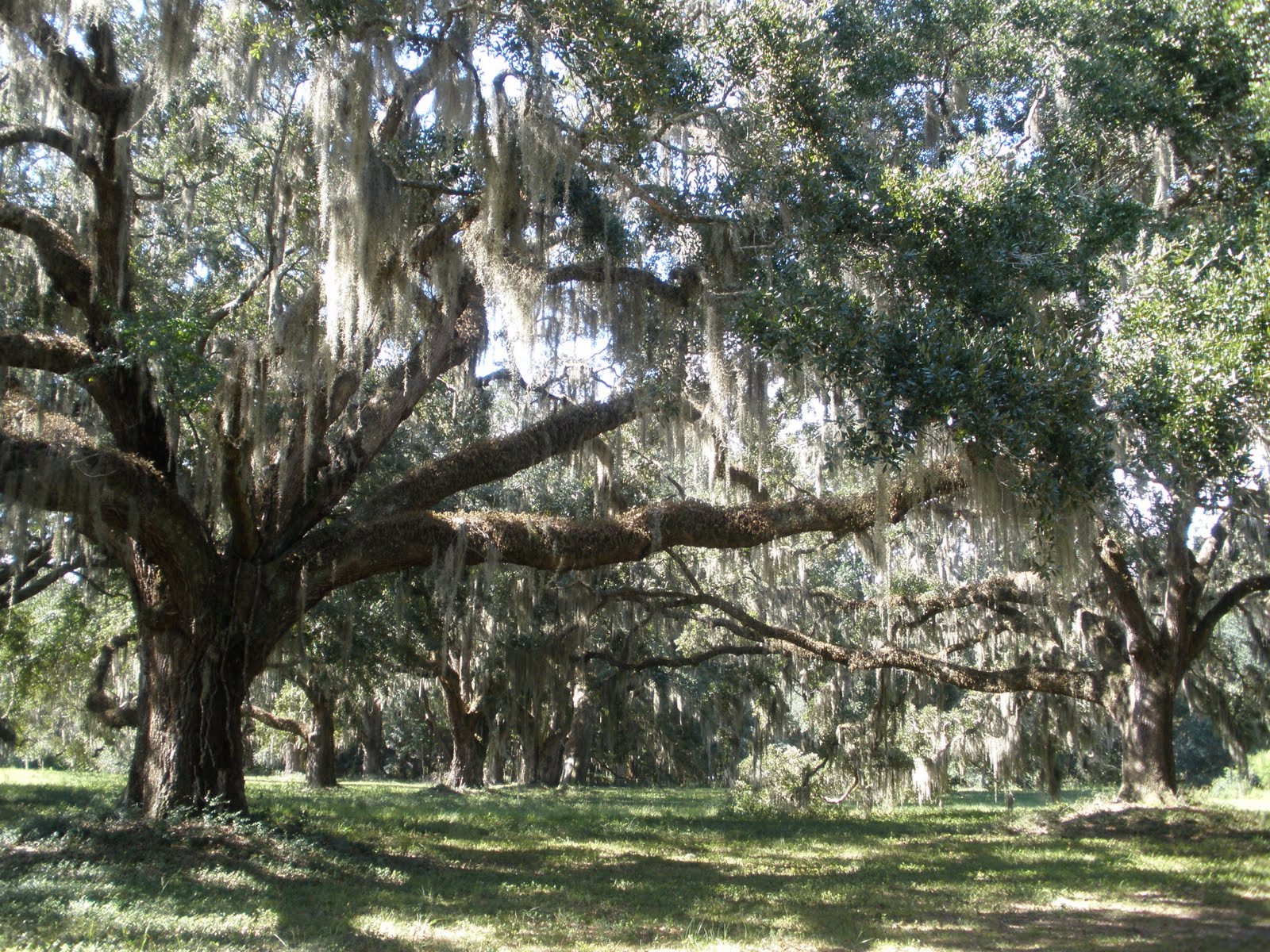 The dairy barn was rather small and open, with a bottling house next to it. 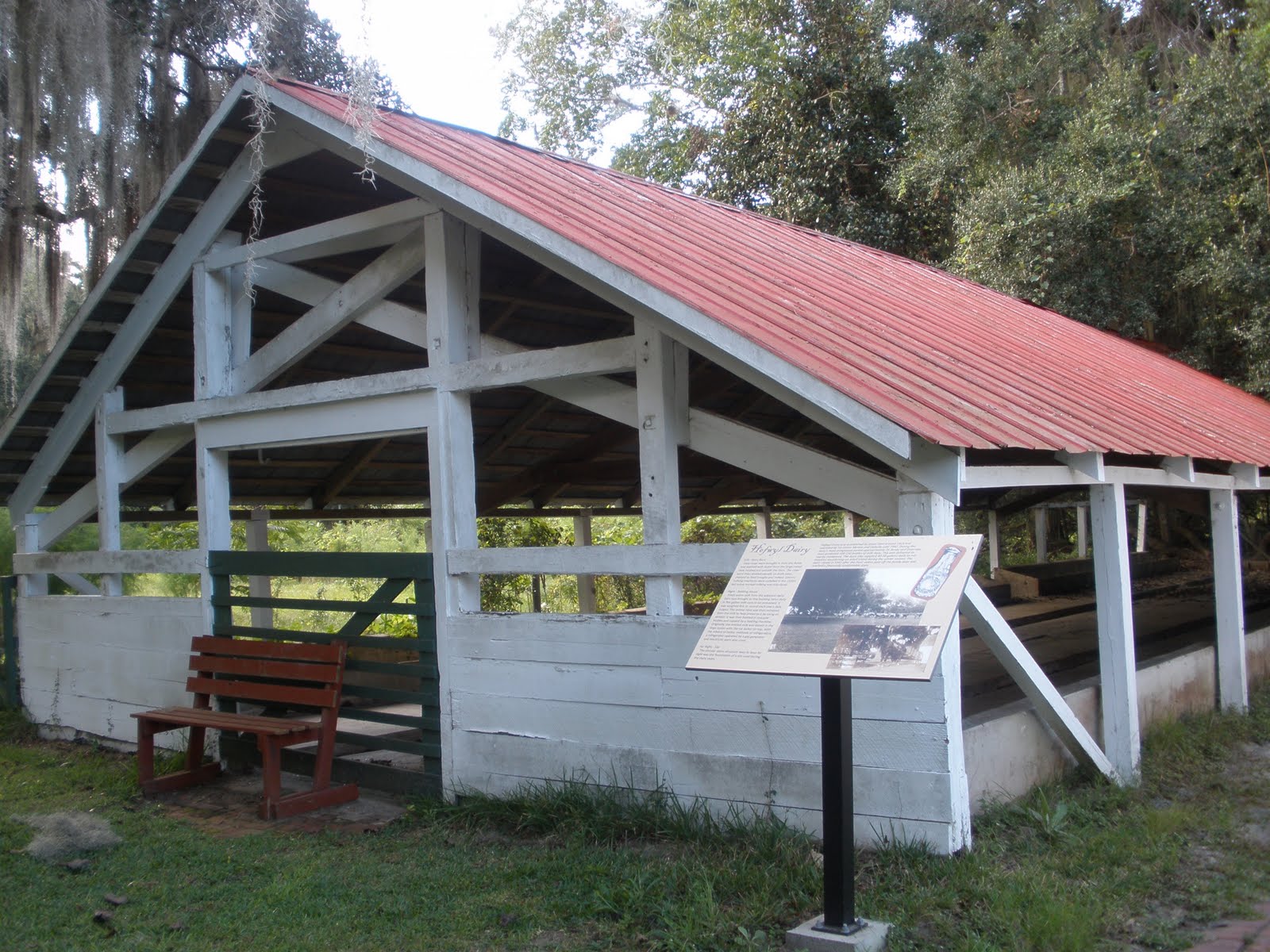 One of many enormous live oak trees surrounding the house. 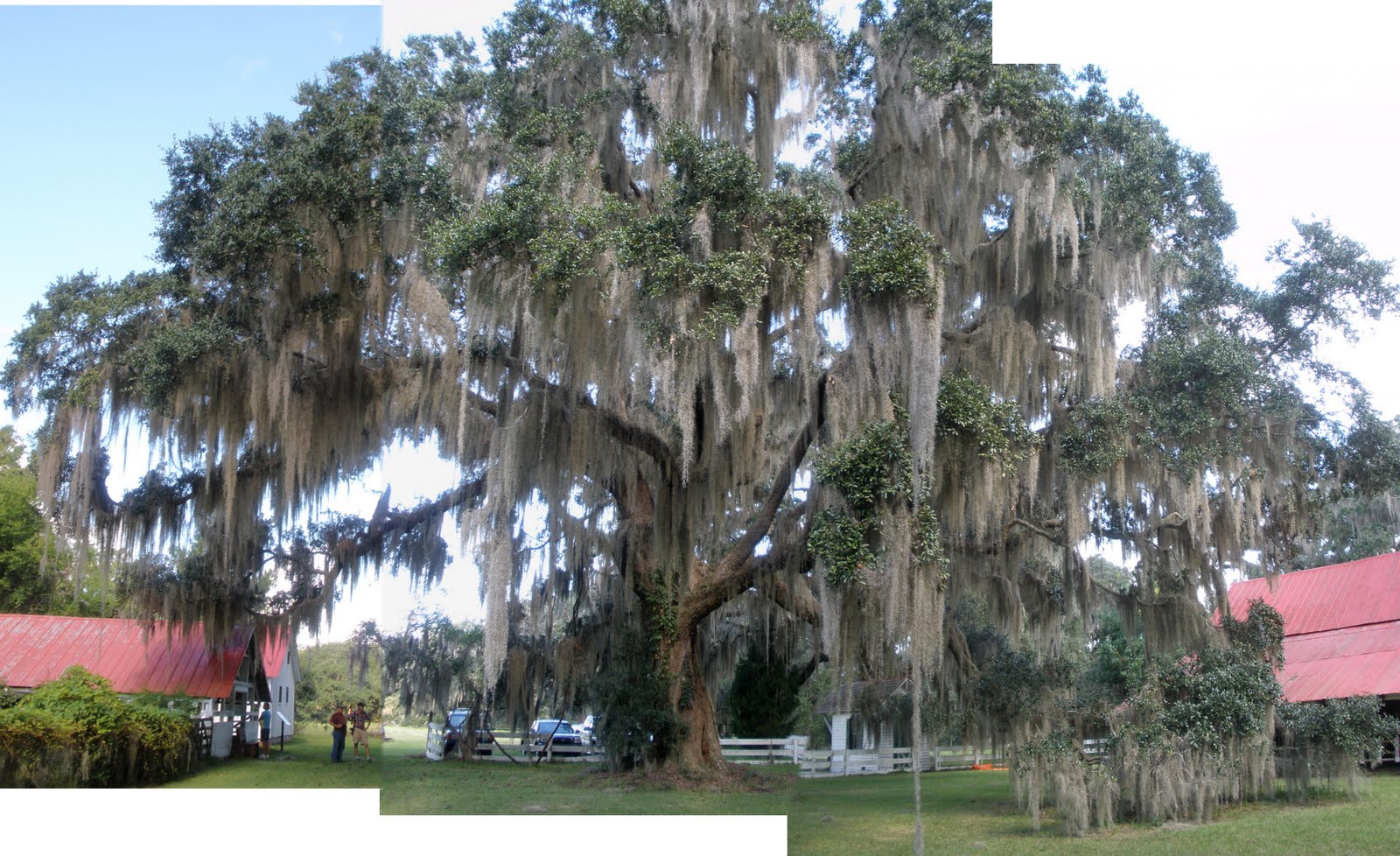 Several volunteers served lemonade and freshly boiled peanuts. We tried the peanuts which were soft with a diluted peanut taste. 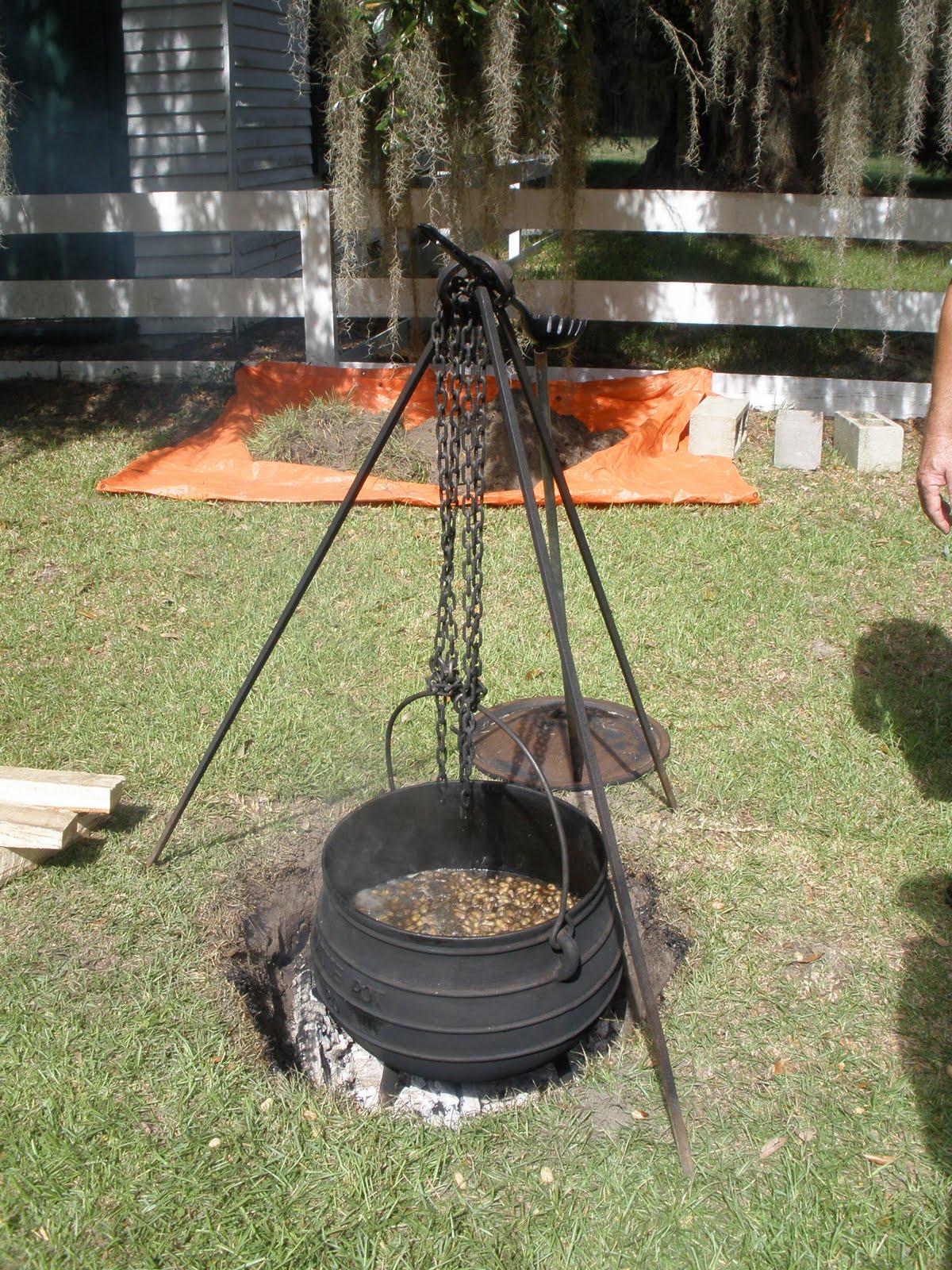 The kitchen was still in a separate building from the house, due to frequent fires. 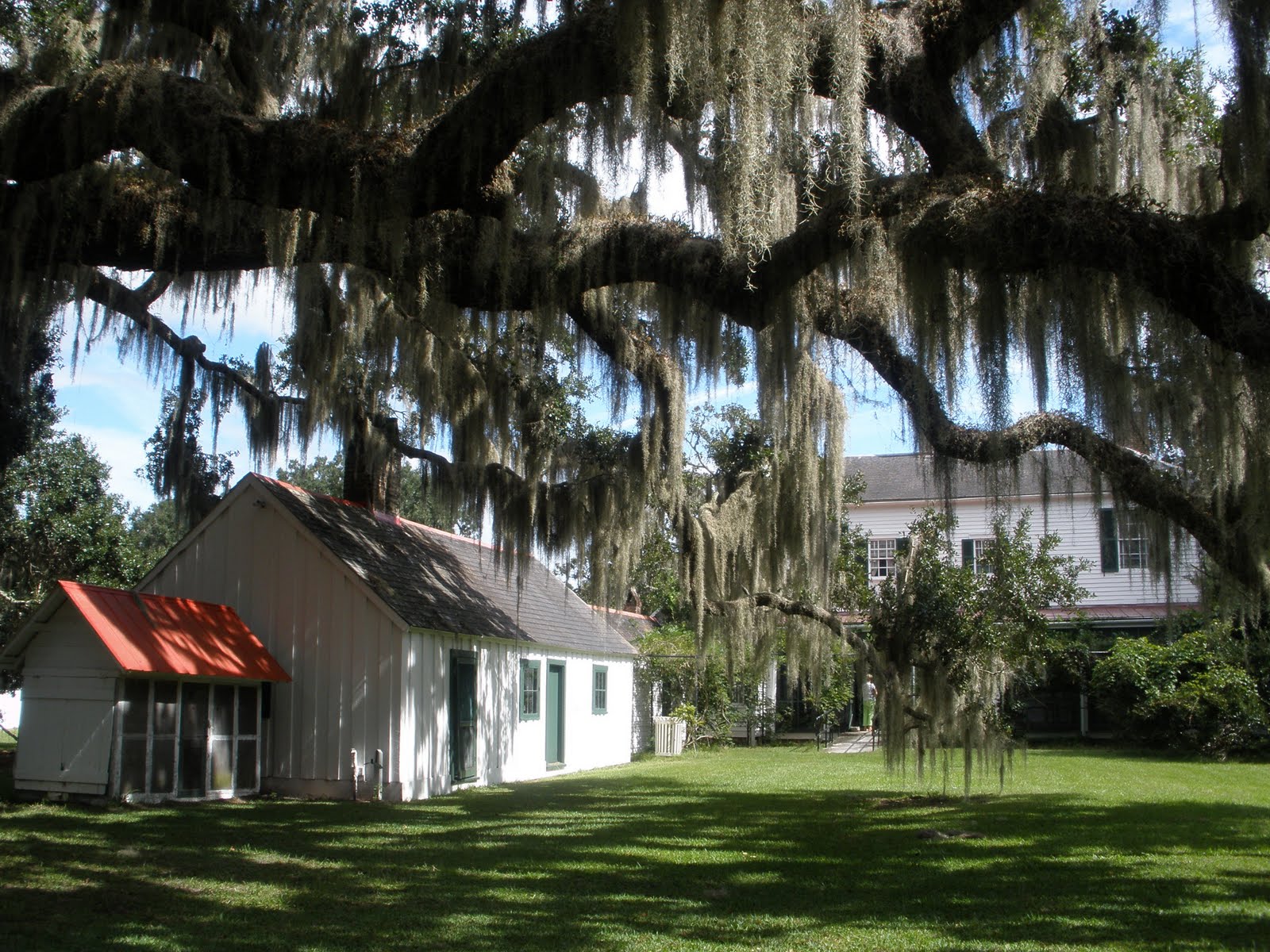 A fancy brick wall enclosed the laundry yard, to keep the cattle from brushing against clean clothes on the line. 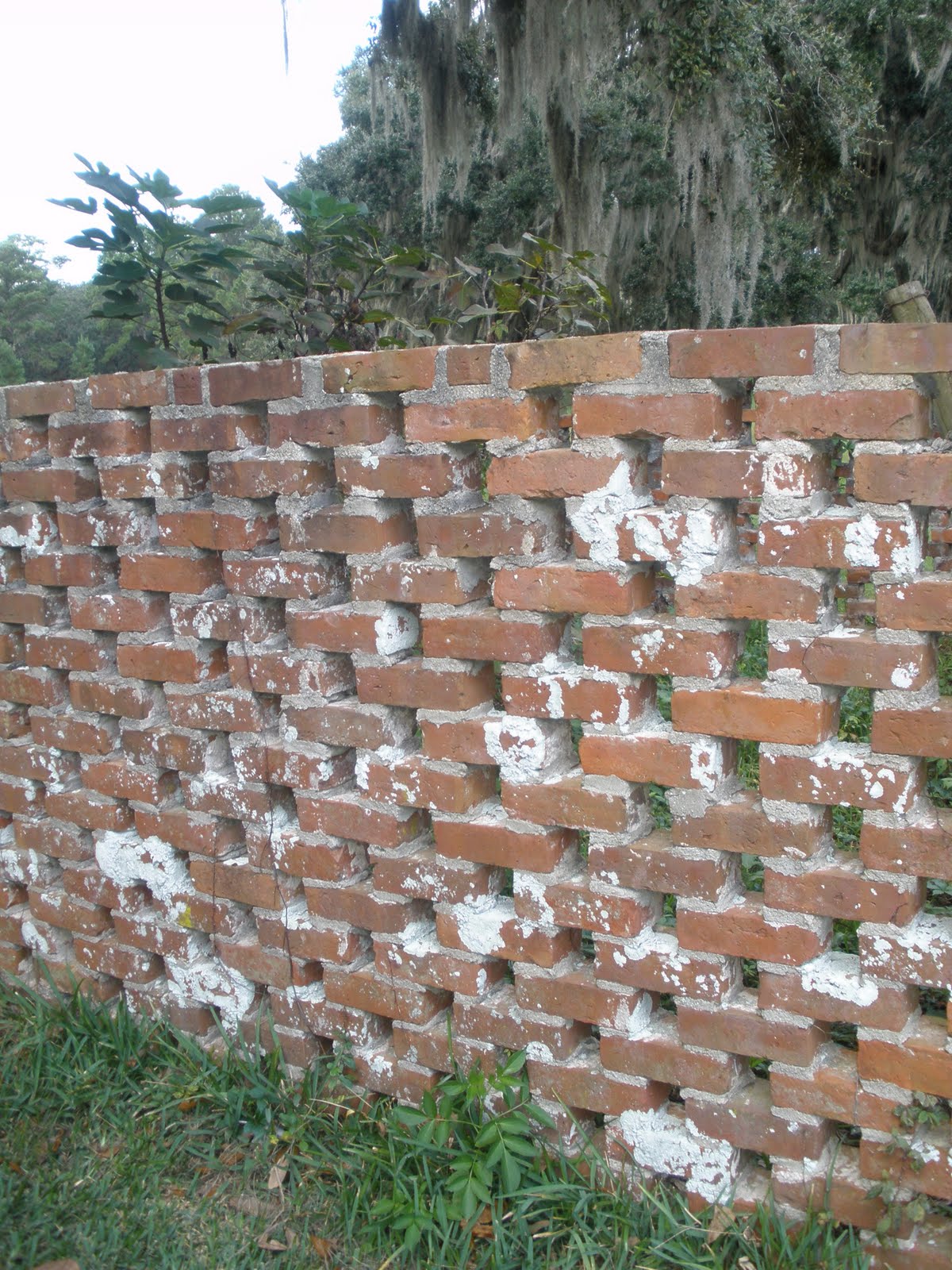 In front of the main house were two huge Southern Magnolia Tees (Magnolia grandiflora), and a large Sago Palm (Cycas revoluta - planted in the 1800s), the largest I have ever seen. 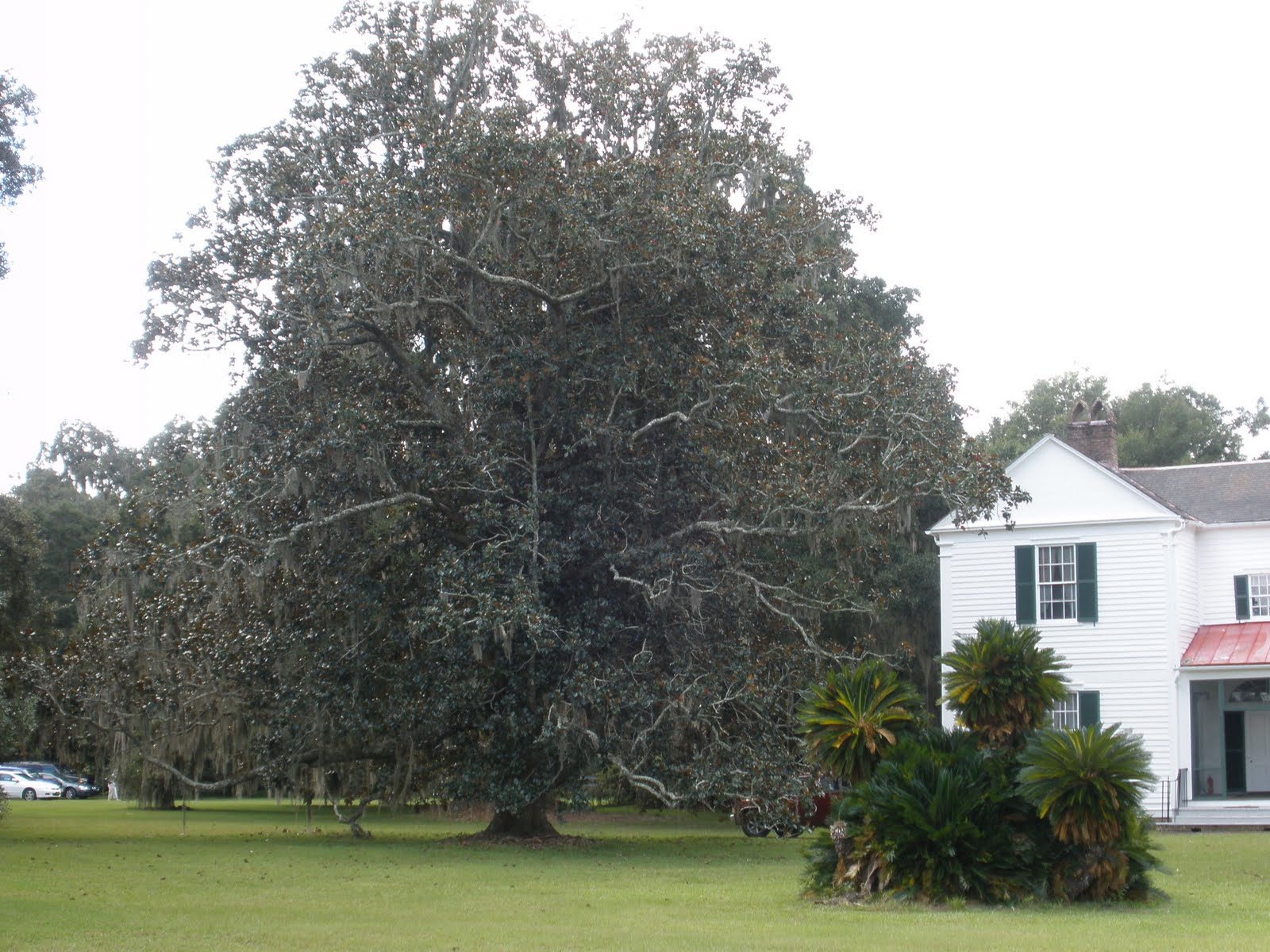 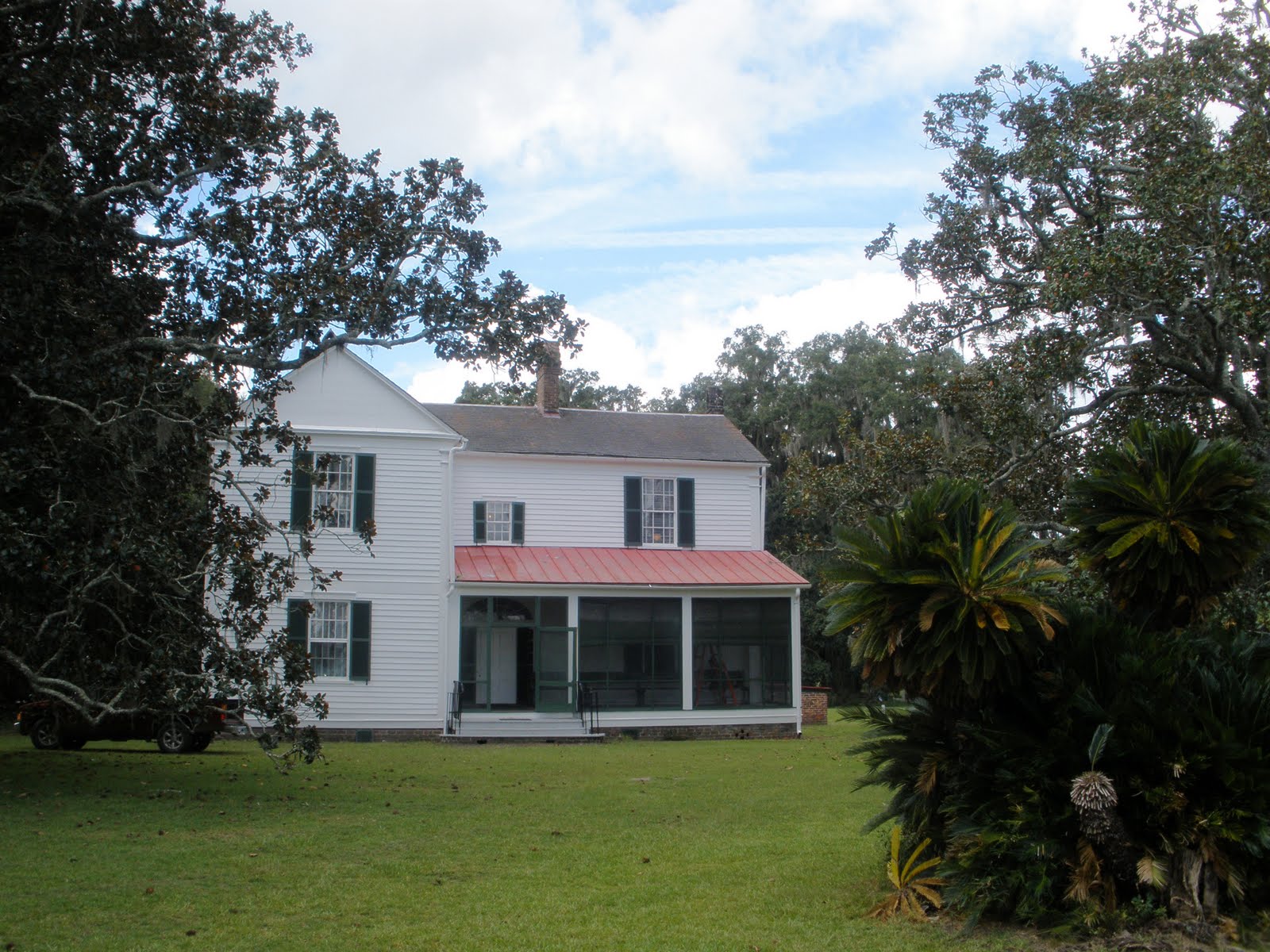 To either side were even larger live oaks which were named for Miriam and Ophelia, and belong to the Louisiana Live Oak Society; each is over 500 years old. 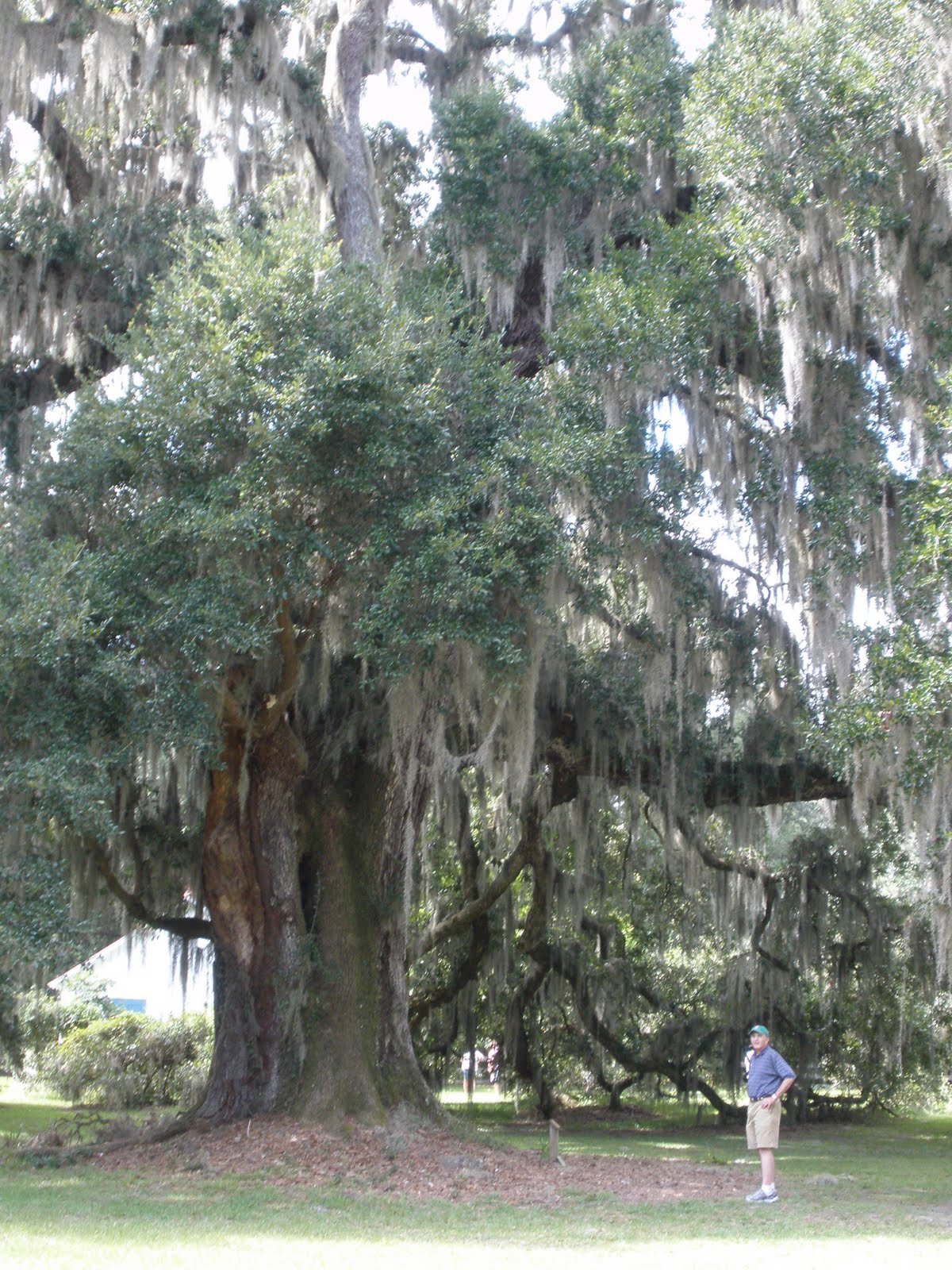 We toured the house, where several women in period dress retold the family history and pointed out items of interest. We exited through the front door to take in the view across the marsh which once held ricefields. 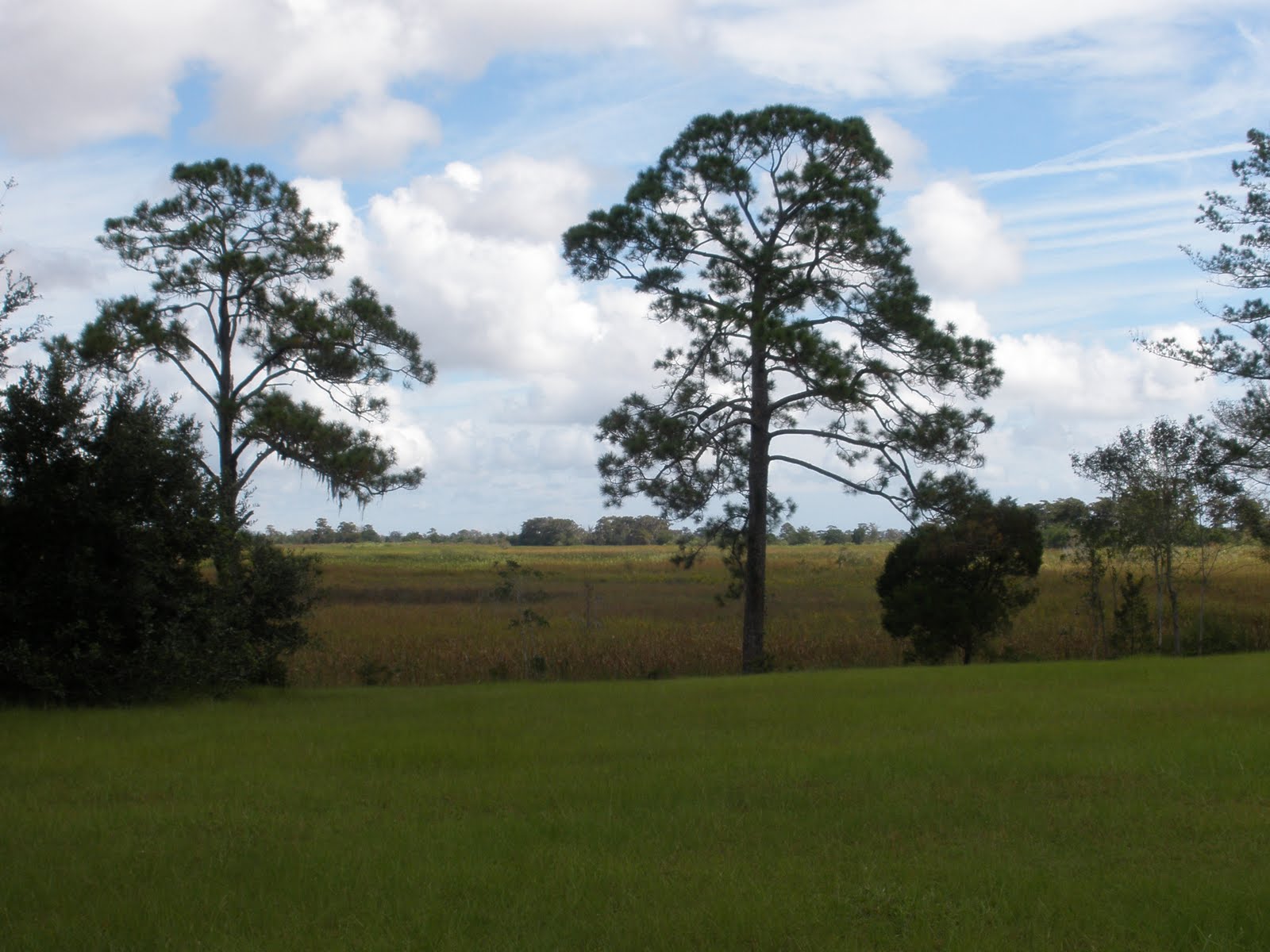 Took the Nature Trail into the woods at the edge of the marsh. A couple of paths to marsh views were too wet and muddy to negotiate. We started down one path, and saw and heard hermit crabs scuttling into the undergrowth. Goes to show how wet and marshy it was!
In the woods, a large Sweetbay Magnolia (Magnolia virginiana) was marked as a Georgia State Champion Tree. 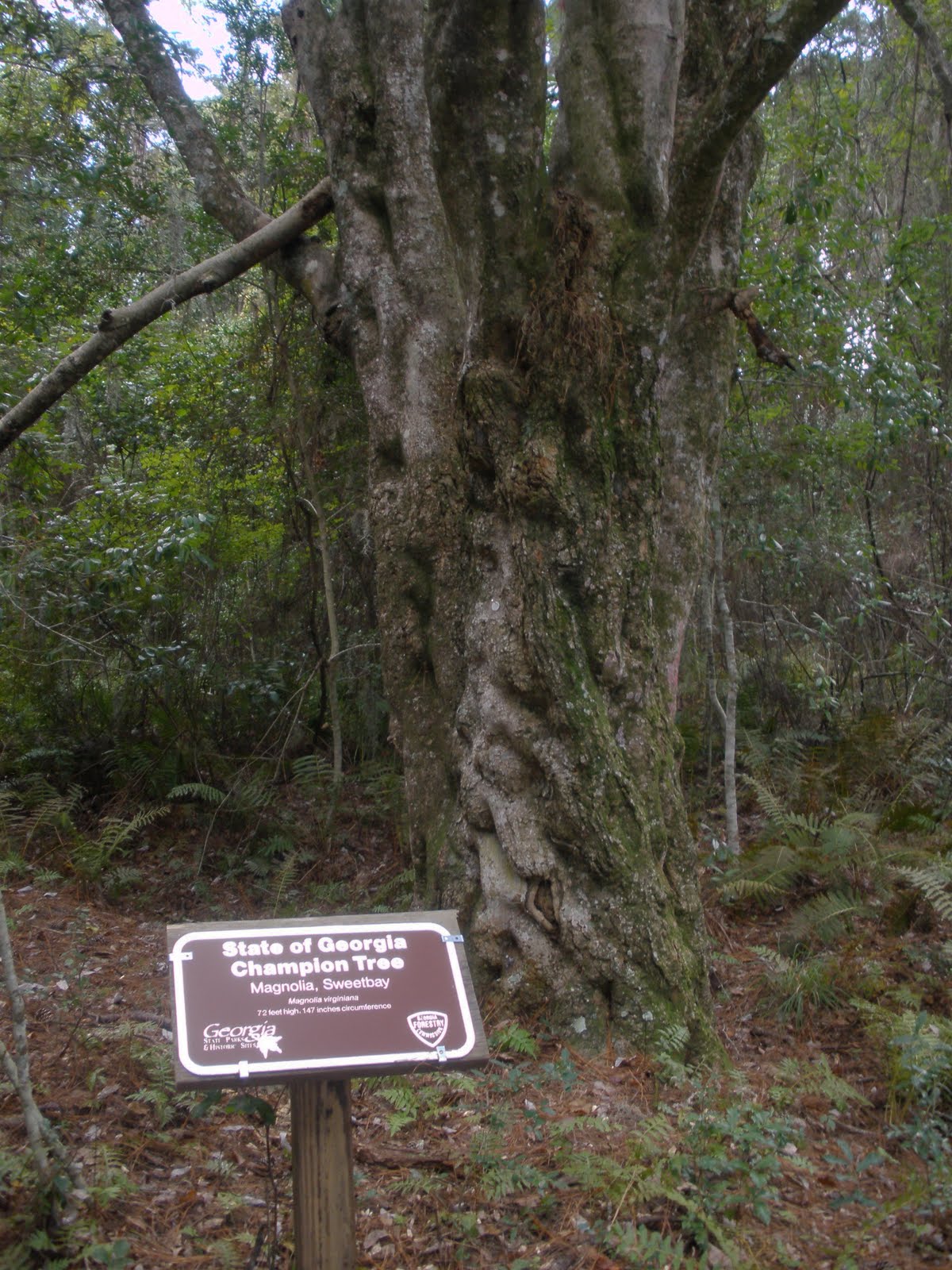 At the rice mill ruins, there was a raised path made of seashells leading us to an observation deck. Saw Fiddler Crabs (Uca pugnax) and an Eastern Lubber Grasshopper (Romalea microptera - Beauvois), about 4" in length. 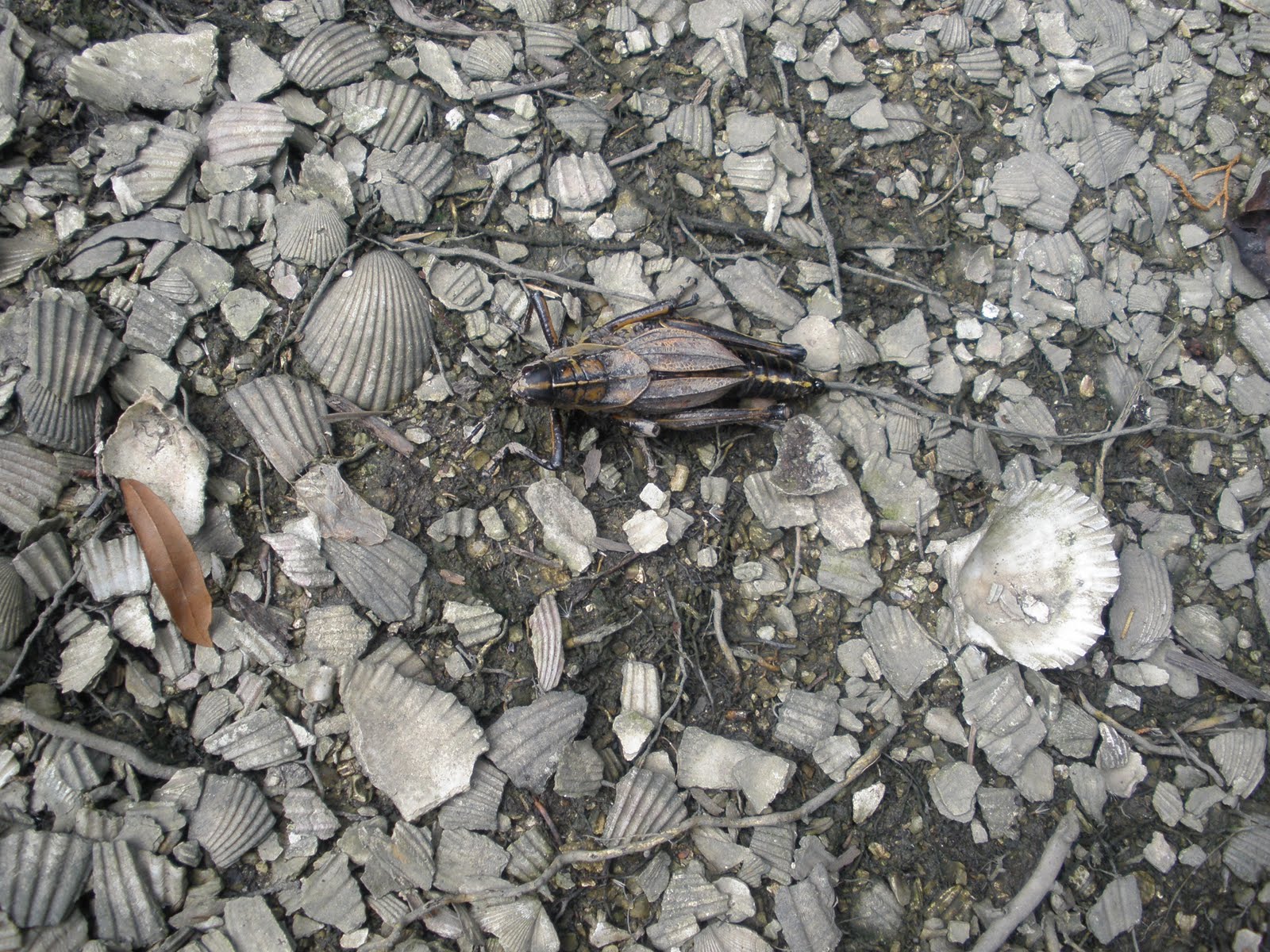 Had lunch in Darien at Skipper’s Fish Camp on the Darien River.

The next stop was the Fort King George. The Visitor Center museum had exhibits on the Guale Indians, the British Occupation and fort, the Scott settlers, and saw milling.
We walked down to the fort, passing ruins of a saw mill 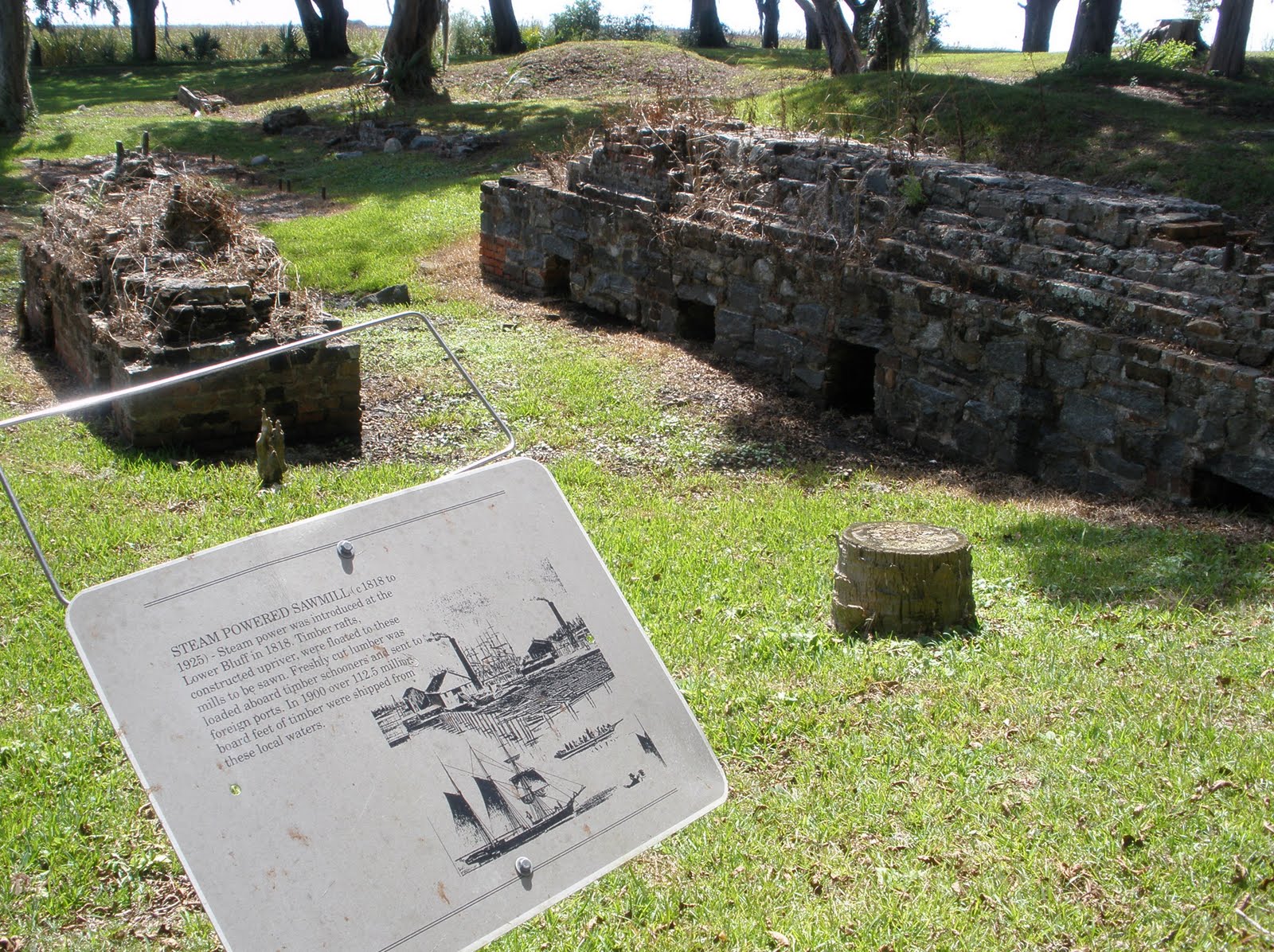 and examples of Guale dwellings. 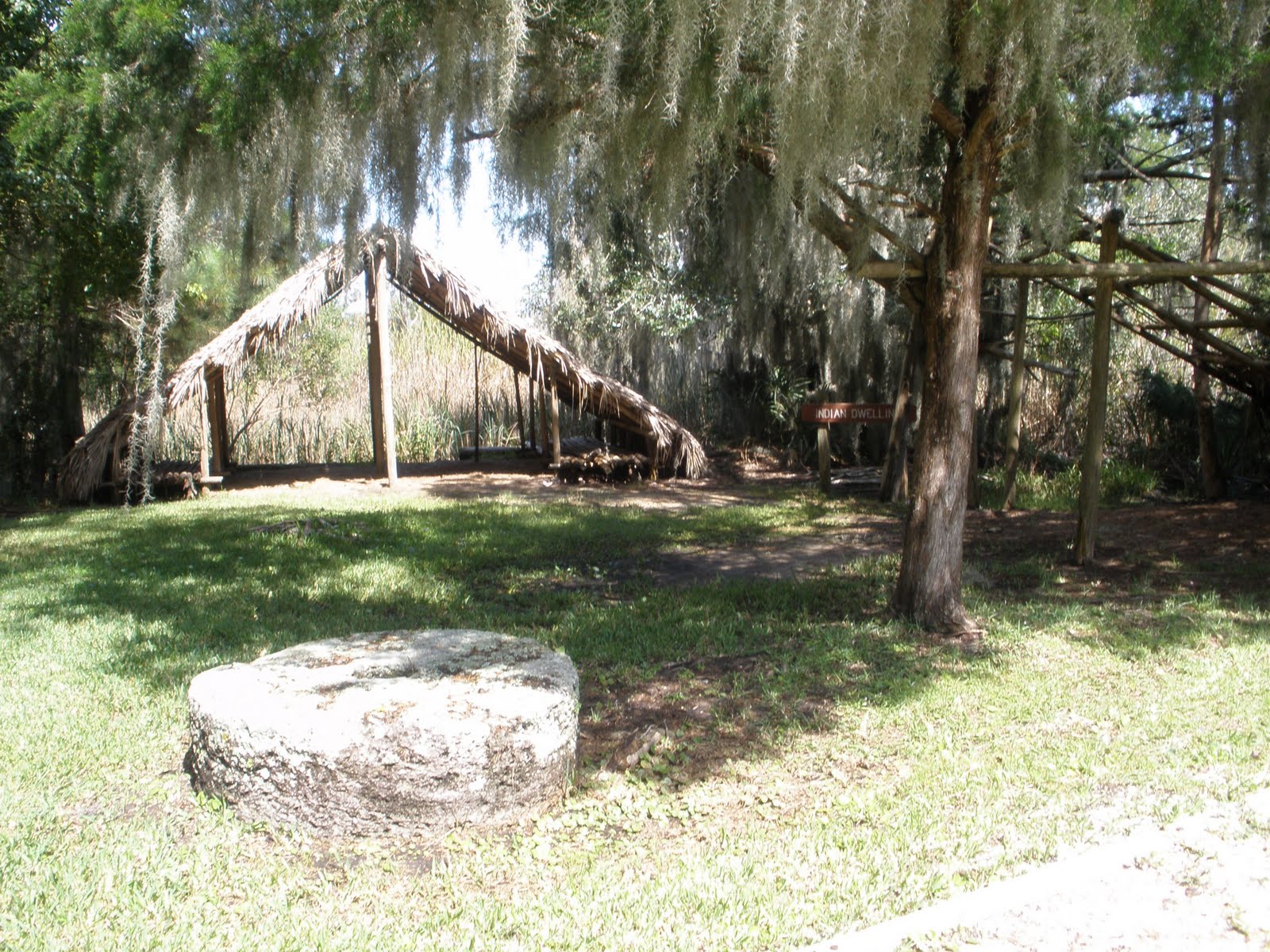 Fort King George was a triangle-shaped field fort, with moats on two sides and the Altamaha River on the third side. It was constructed in 1721 and served as the southernmost outpost of the British Empire in North America. 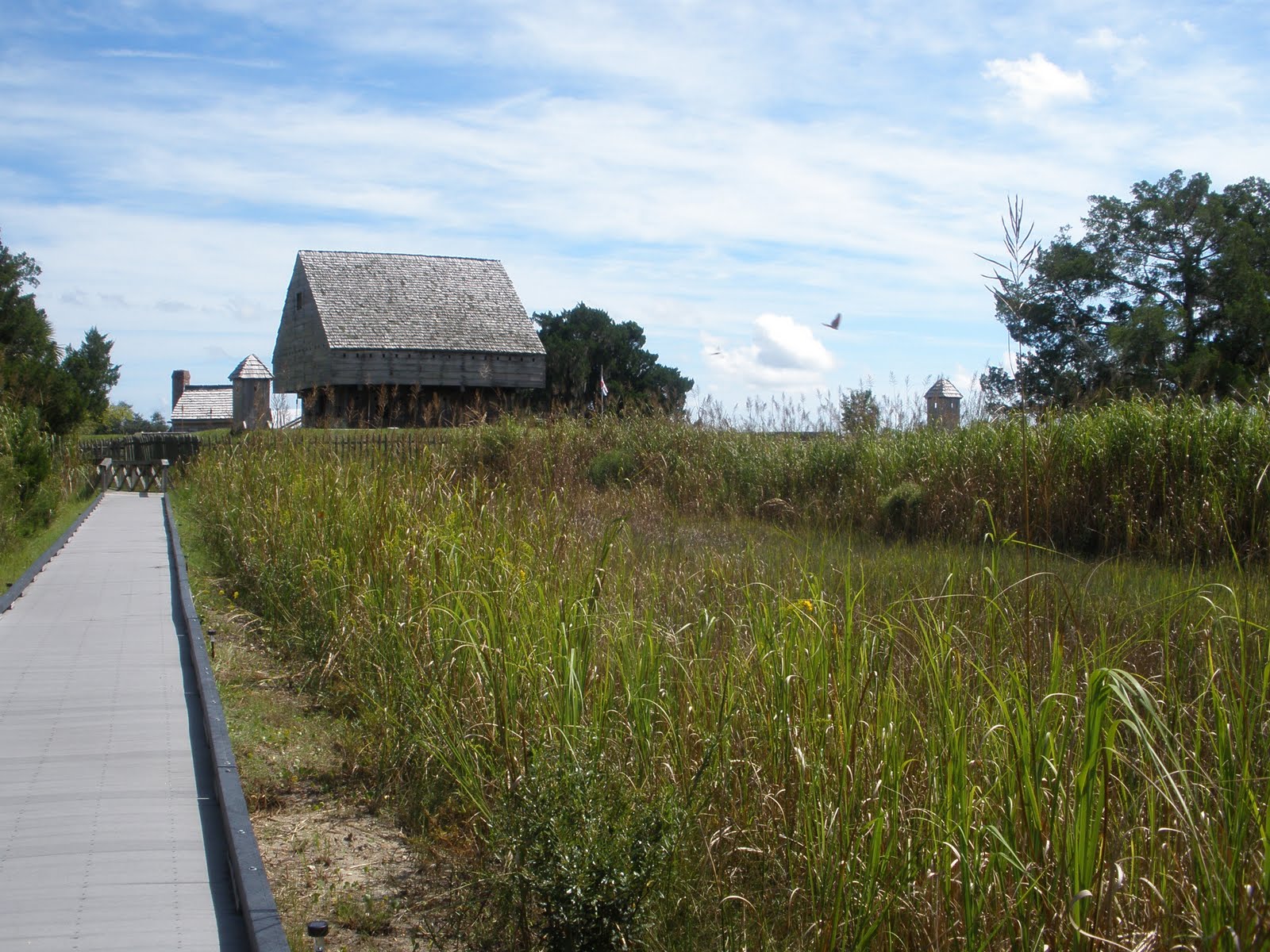 The present fort was painstakingly reconstructed. A bridge crossed the moat and entered through the palisade fence fronting an earthen wall. The blockhouse was a large wooden structure that was itself fortified. Munitions and provisions were stored here, and the 4” thick walls were bulletproof.
Tin lantern: 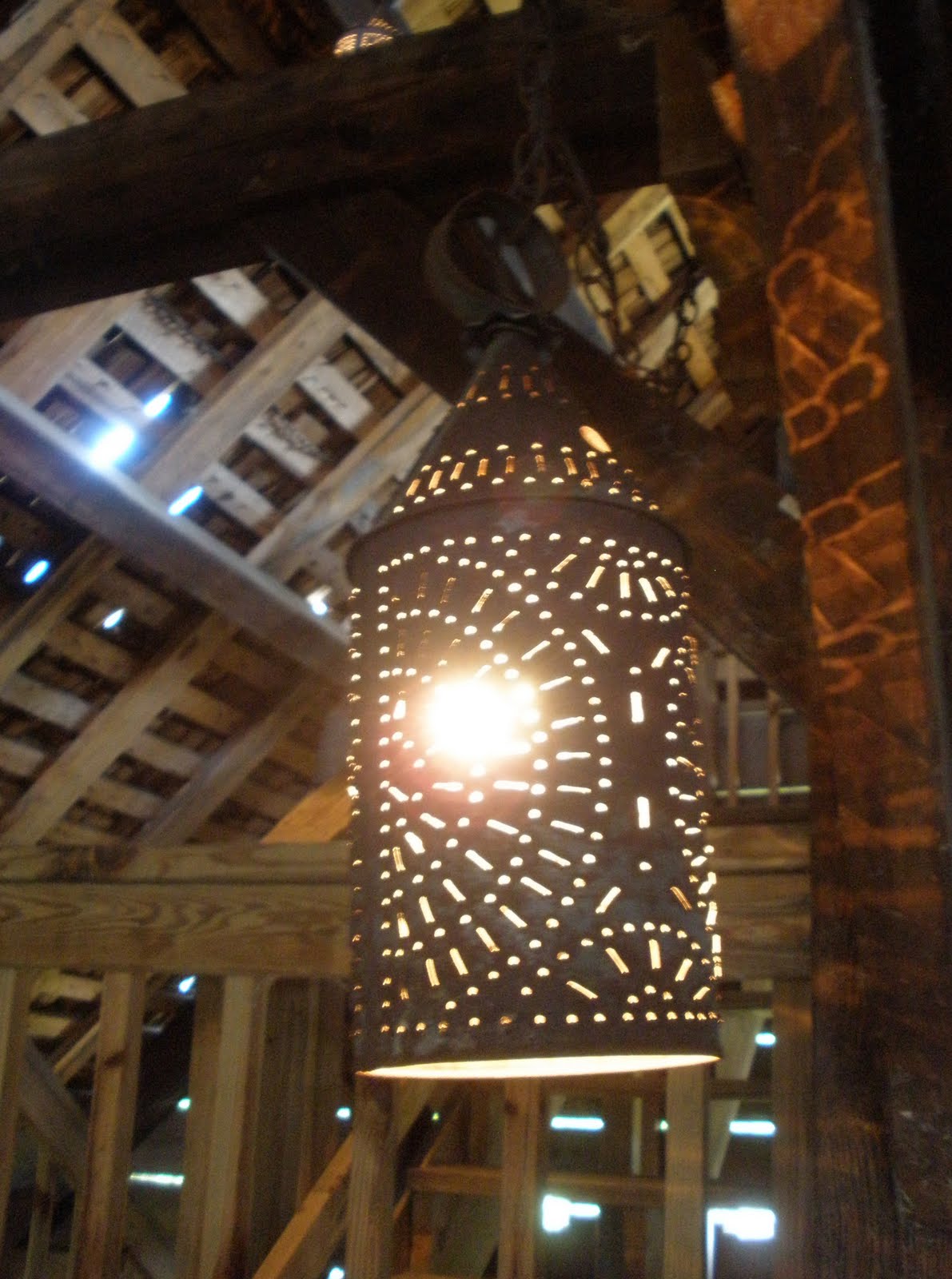 View to the west from the blockhouse: 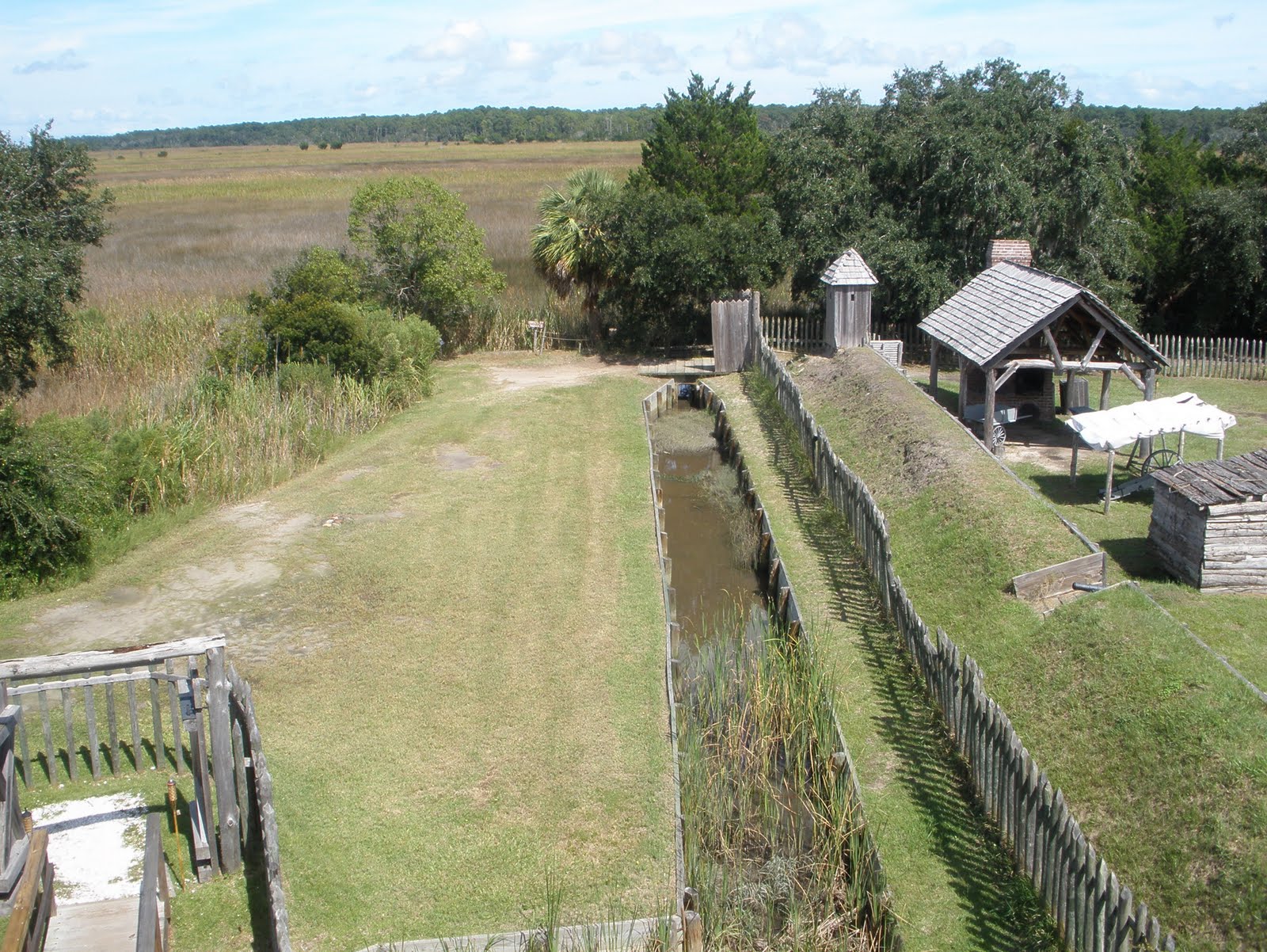 View to the east: 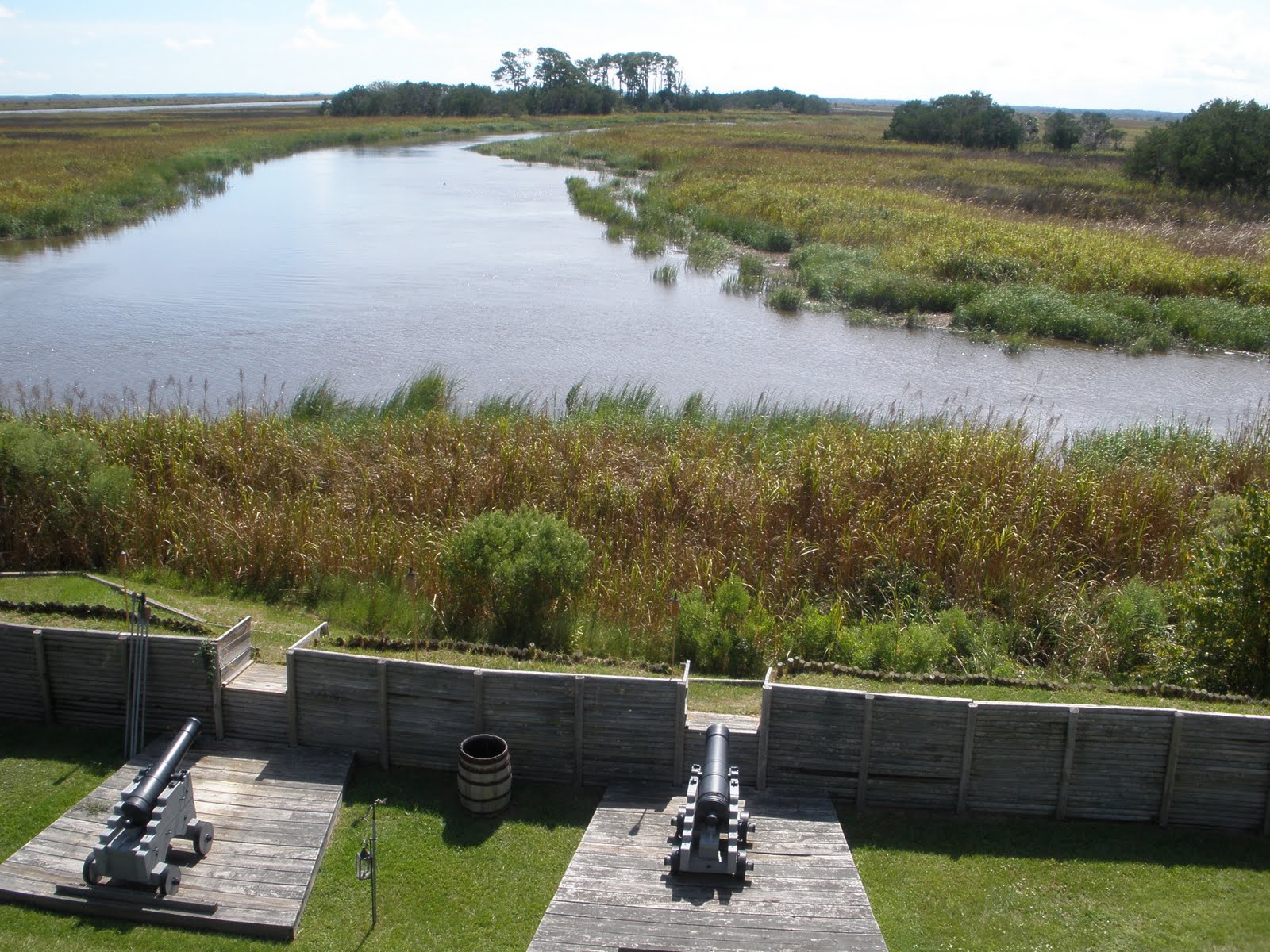 There was a Bakery & Brewery, 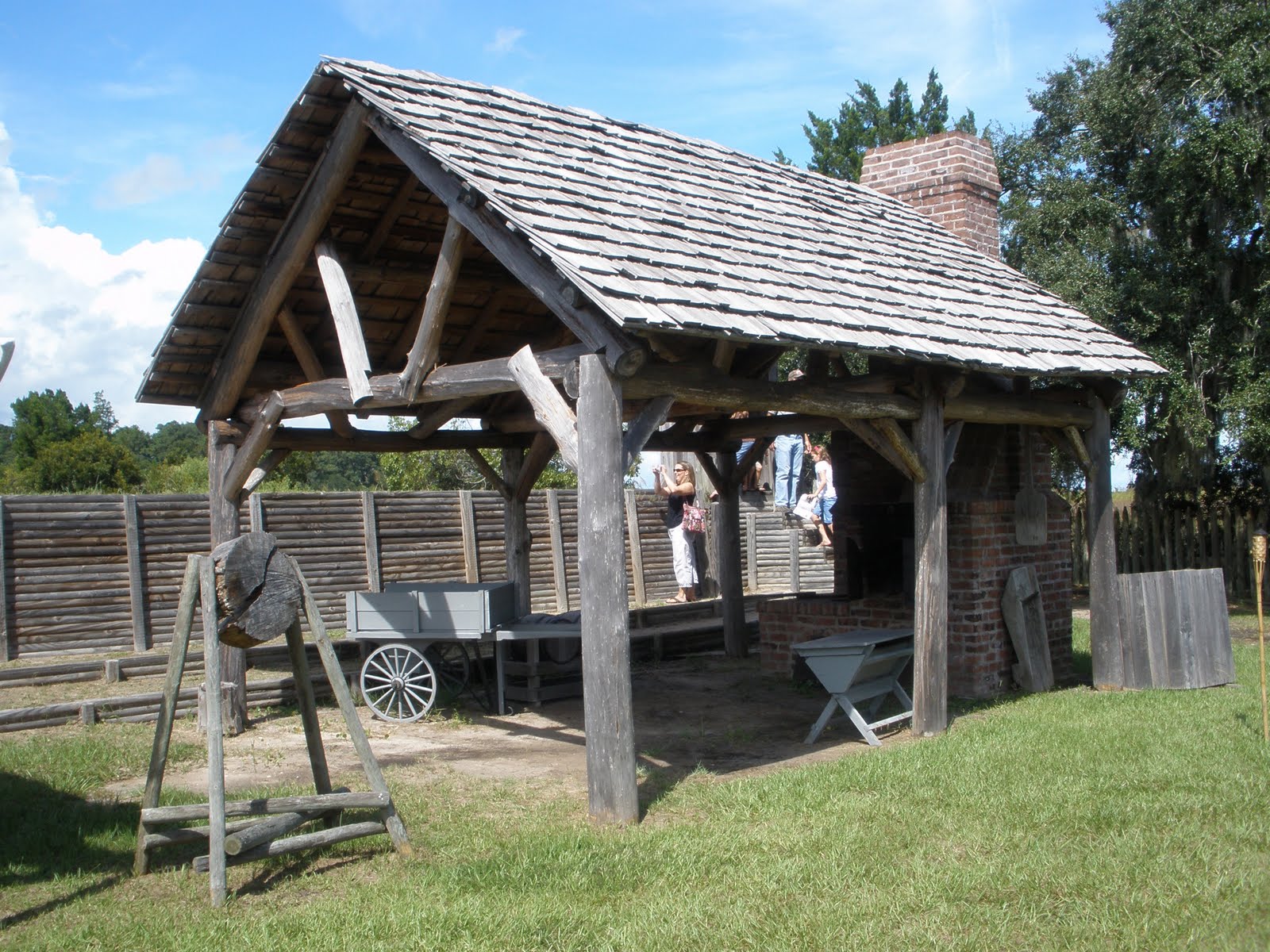 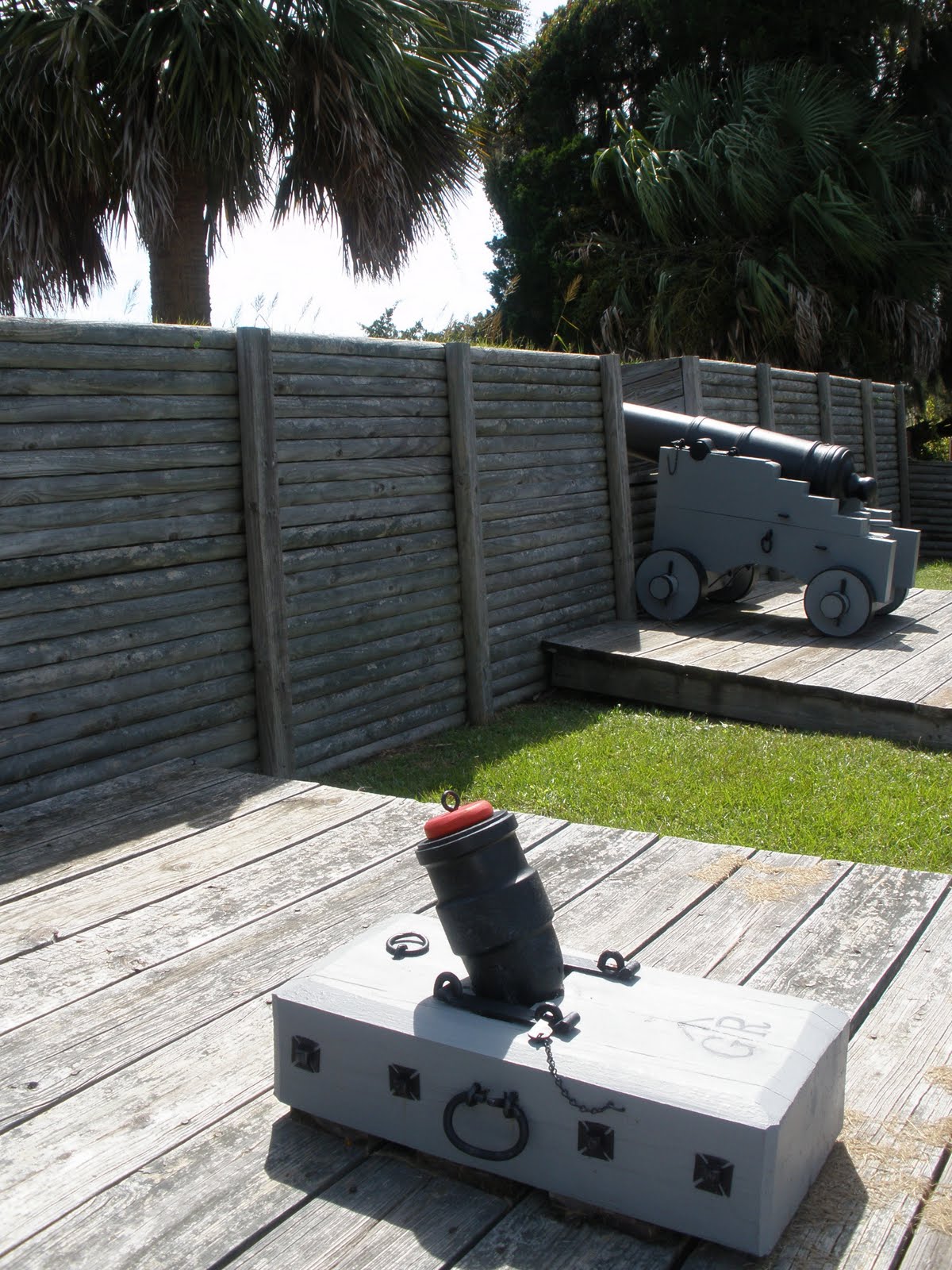 and the easily aimed Swivel Gun, 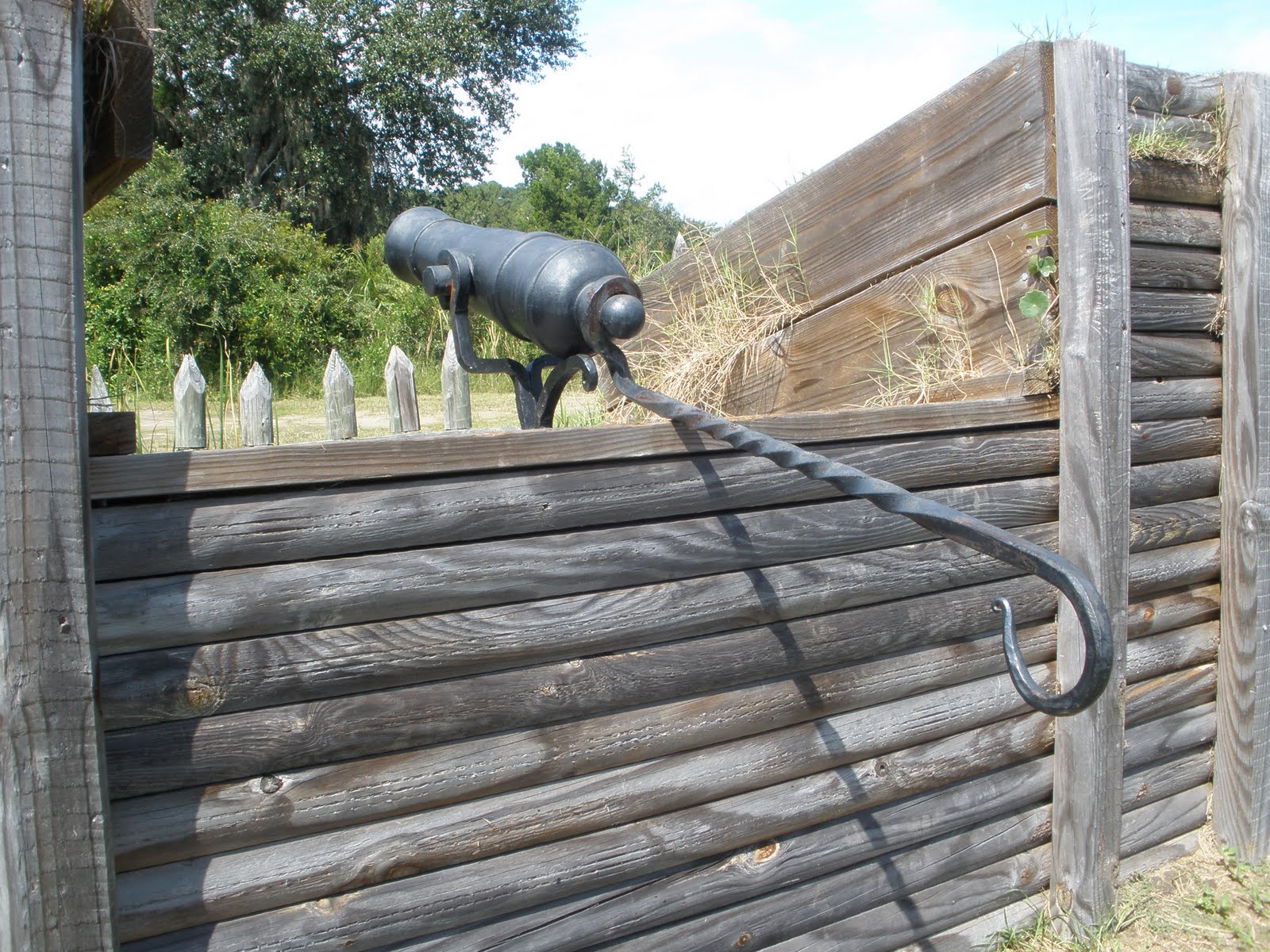 were used to deter enemy troops. On the riverside of the fort, bundles of saplings, called fascines, reinforced the earthen walls. 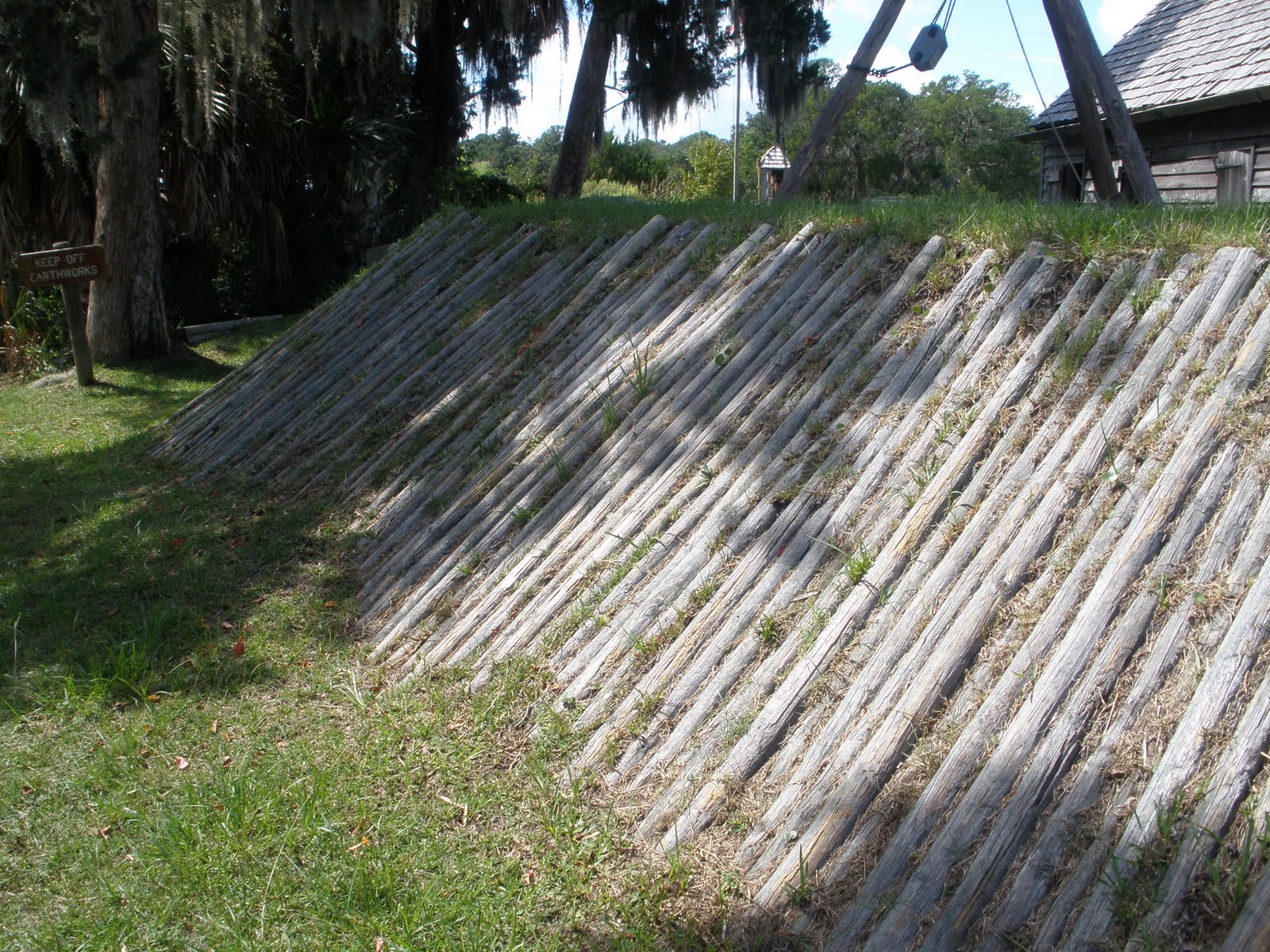 North Branch of the Altamaha River: 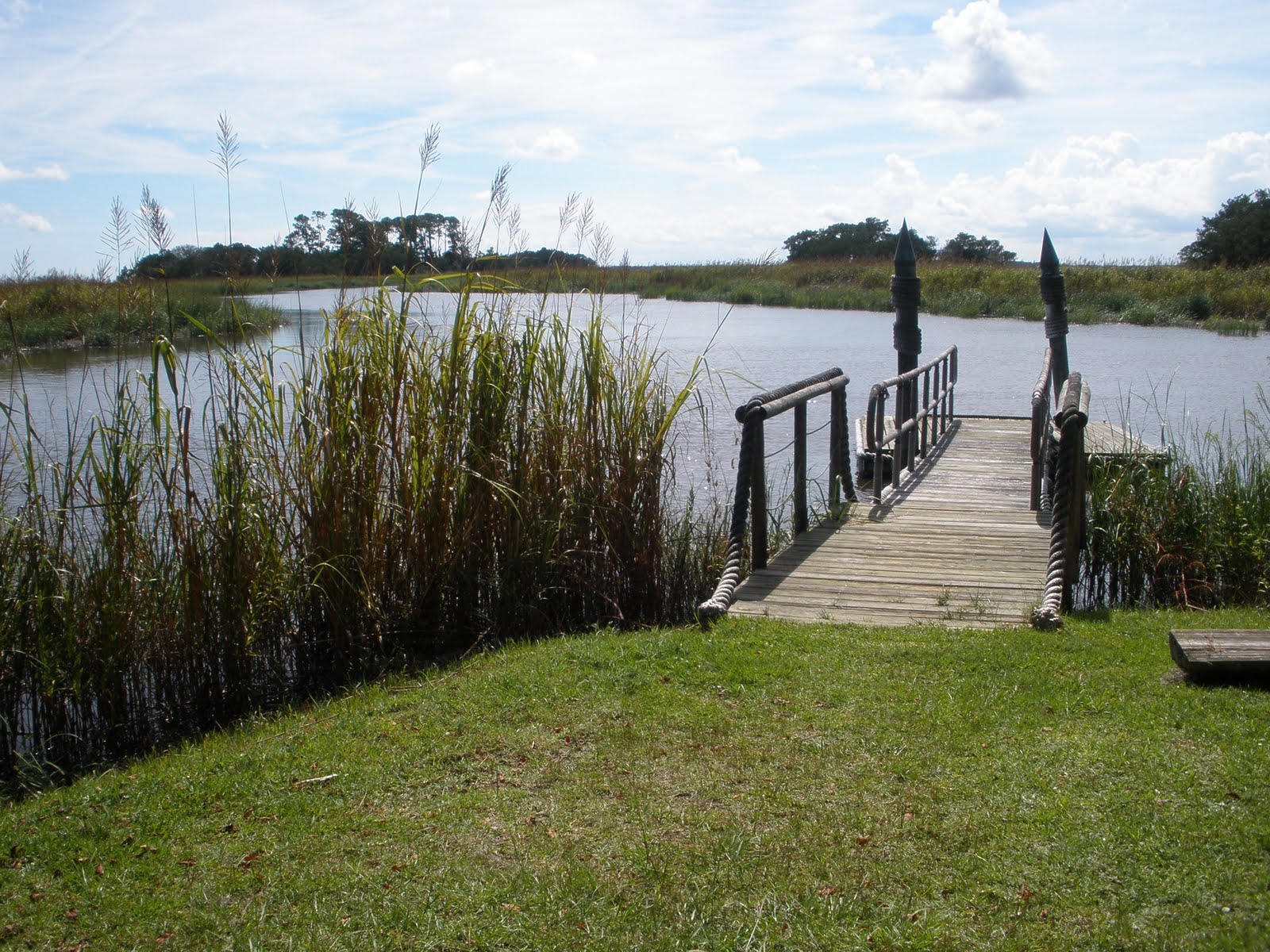 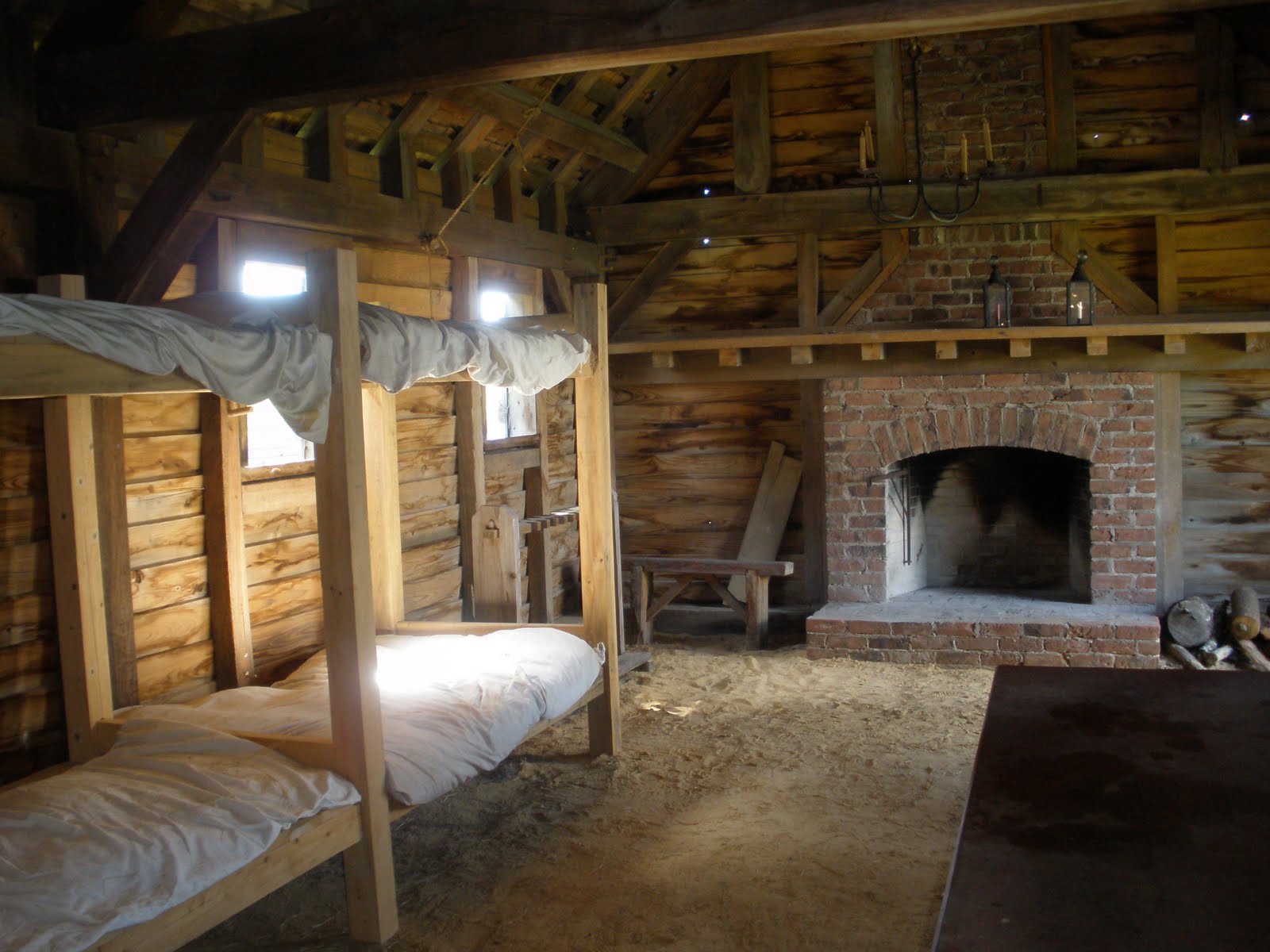 At each corner stood a Sentry Box. 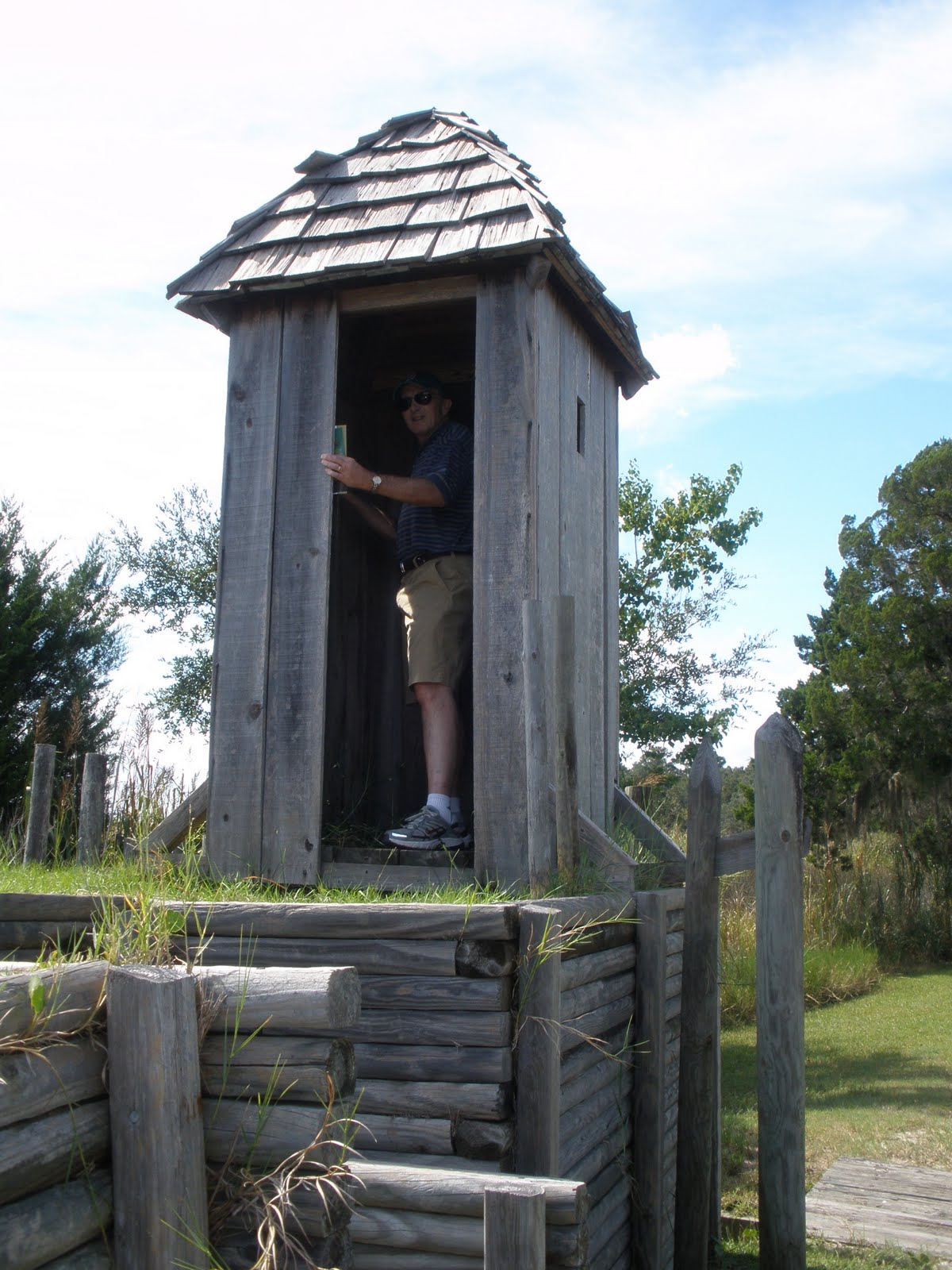 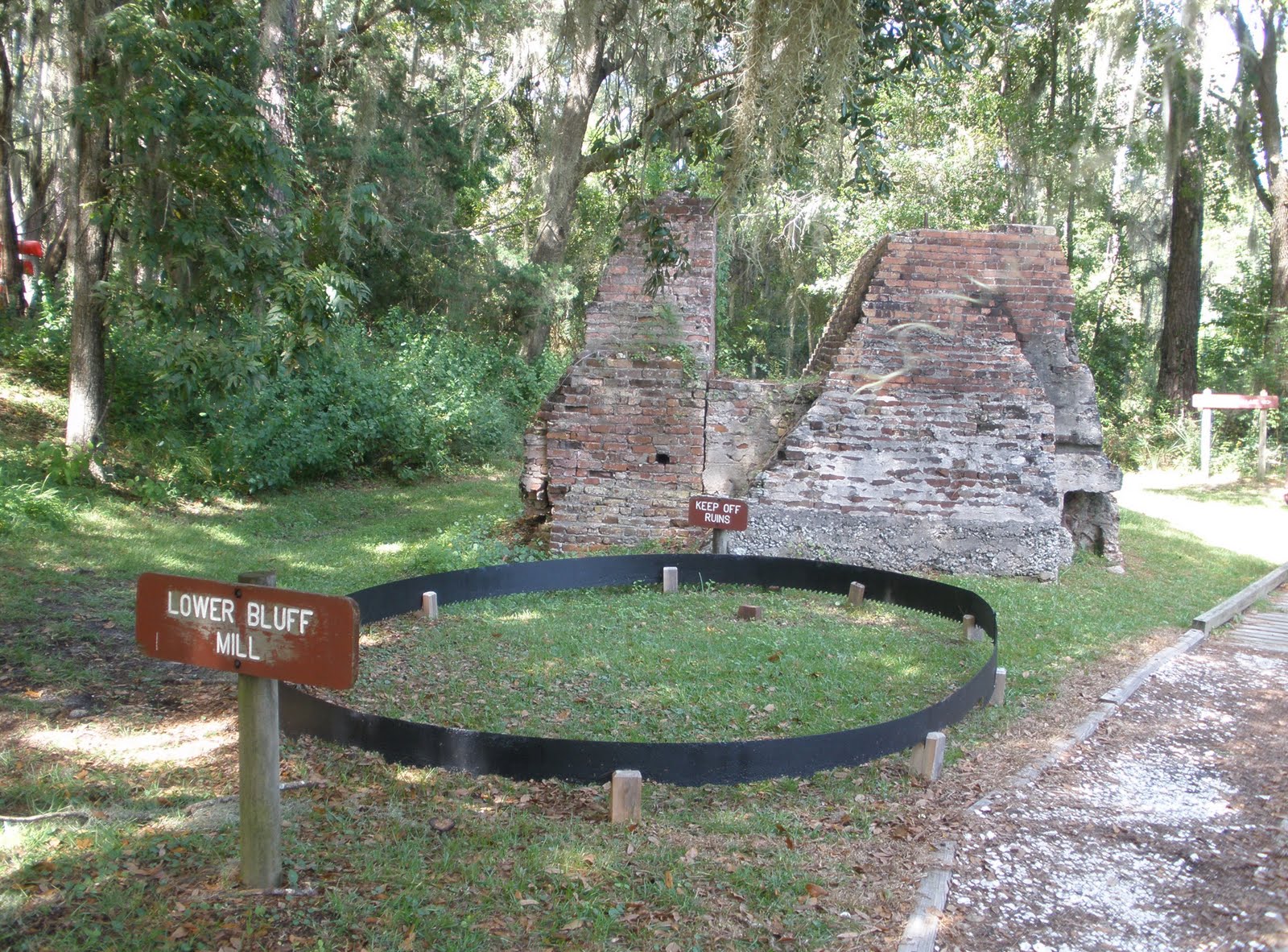 Saw milling began when timber was cut to build the fort, but continued as an industry until the Civil War. The mills were reactivated in 1870, and were used until 1925 when the timber supply was depleted.
There were replicas of wooden structures used by the Highland Scots when they came in 1736 to defend the area. The fort had been abandoned in 1732, and although the Scots started out here, they were moved to what became the town of Darien. 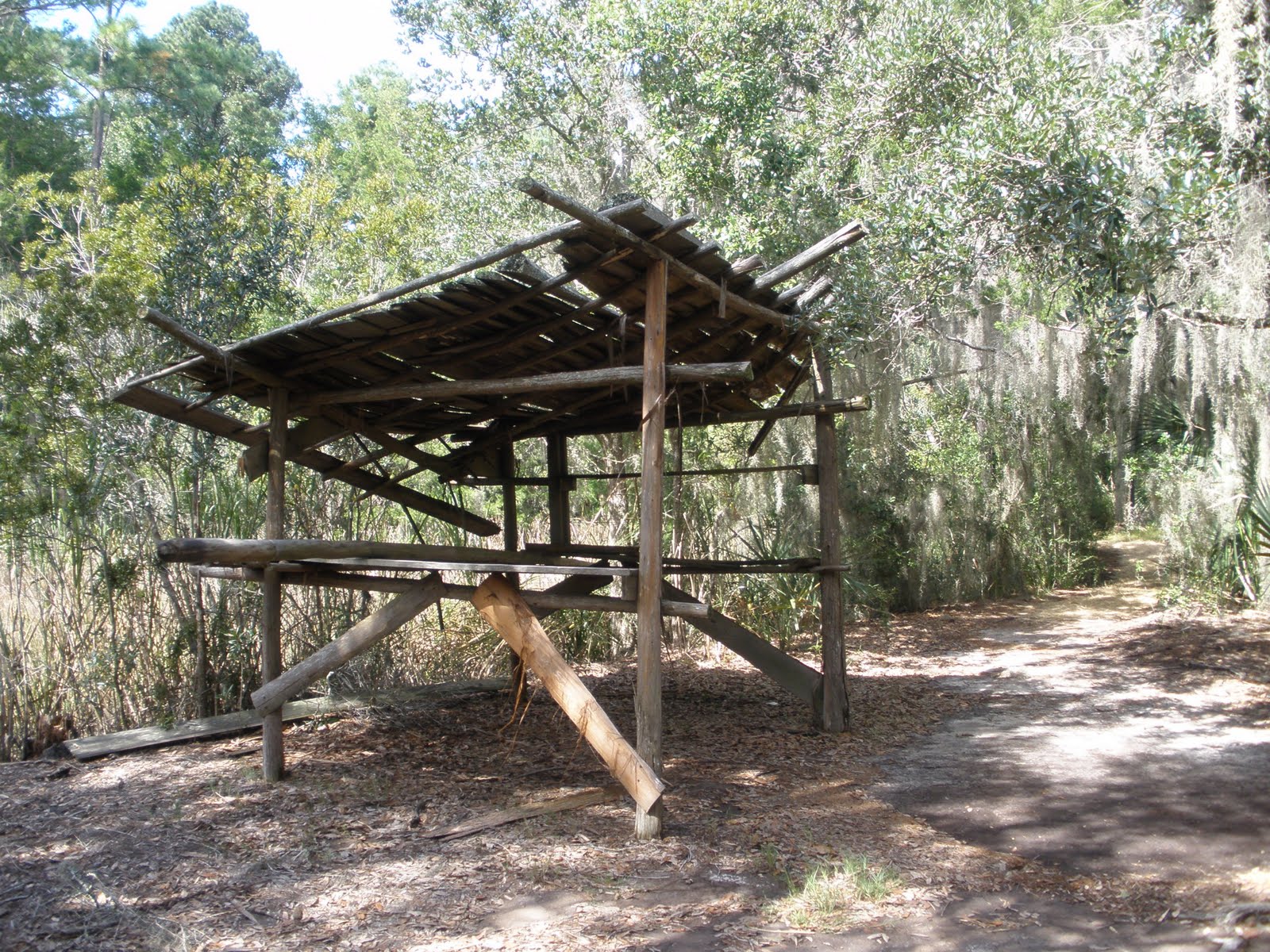 Further along the river stood a cemetery, with graves including those of 15 soldiers who served at the fort. 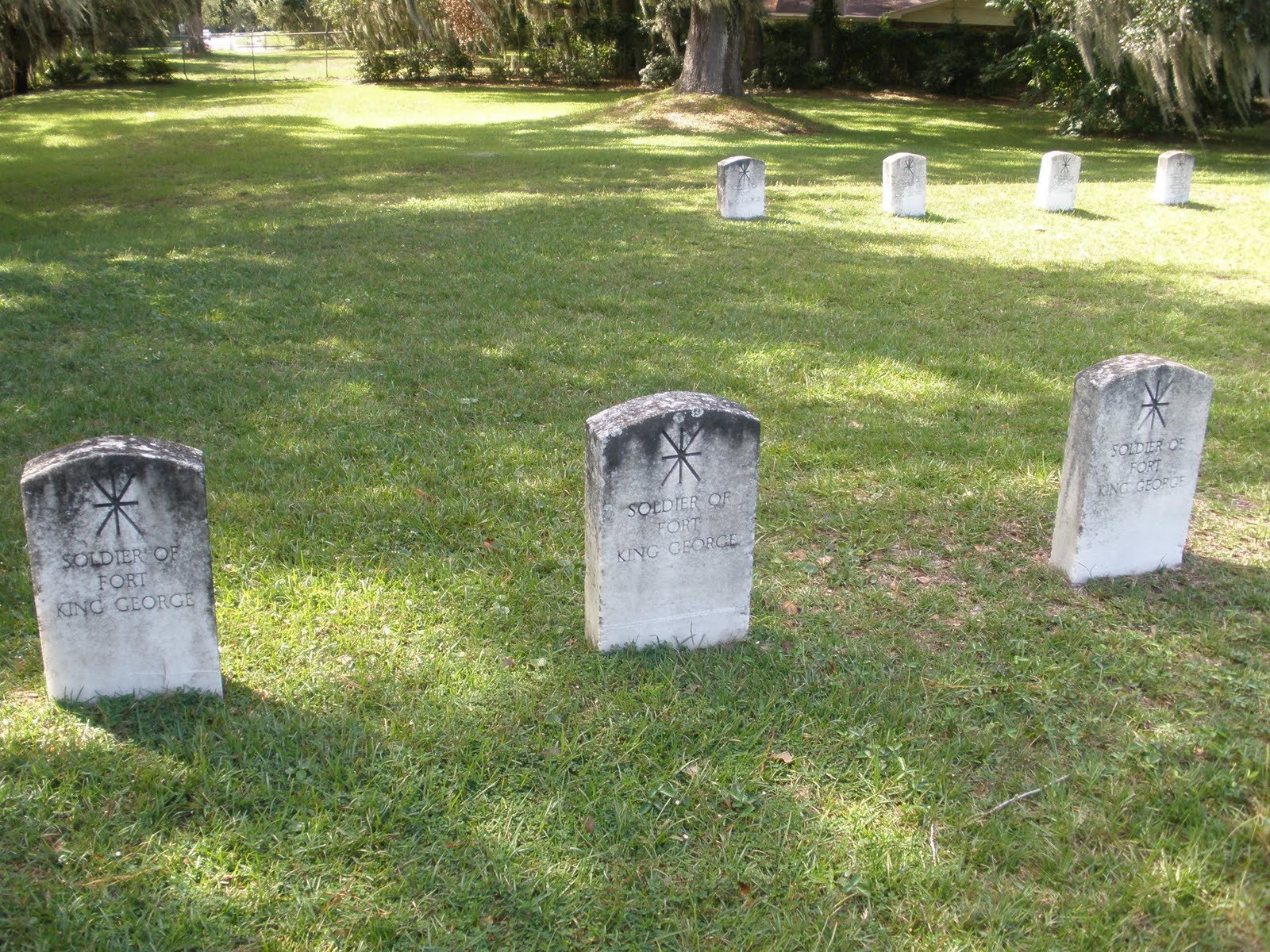 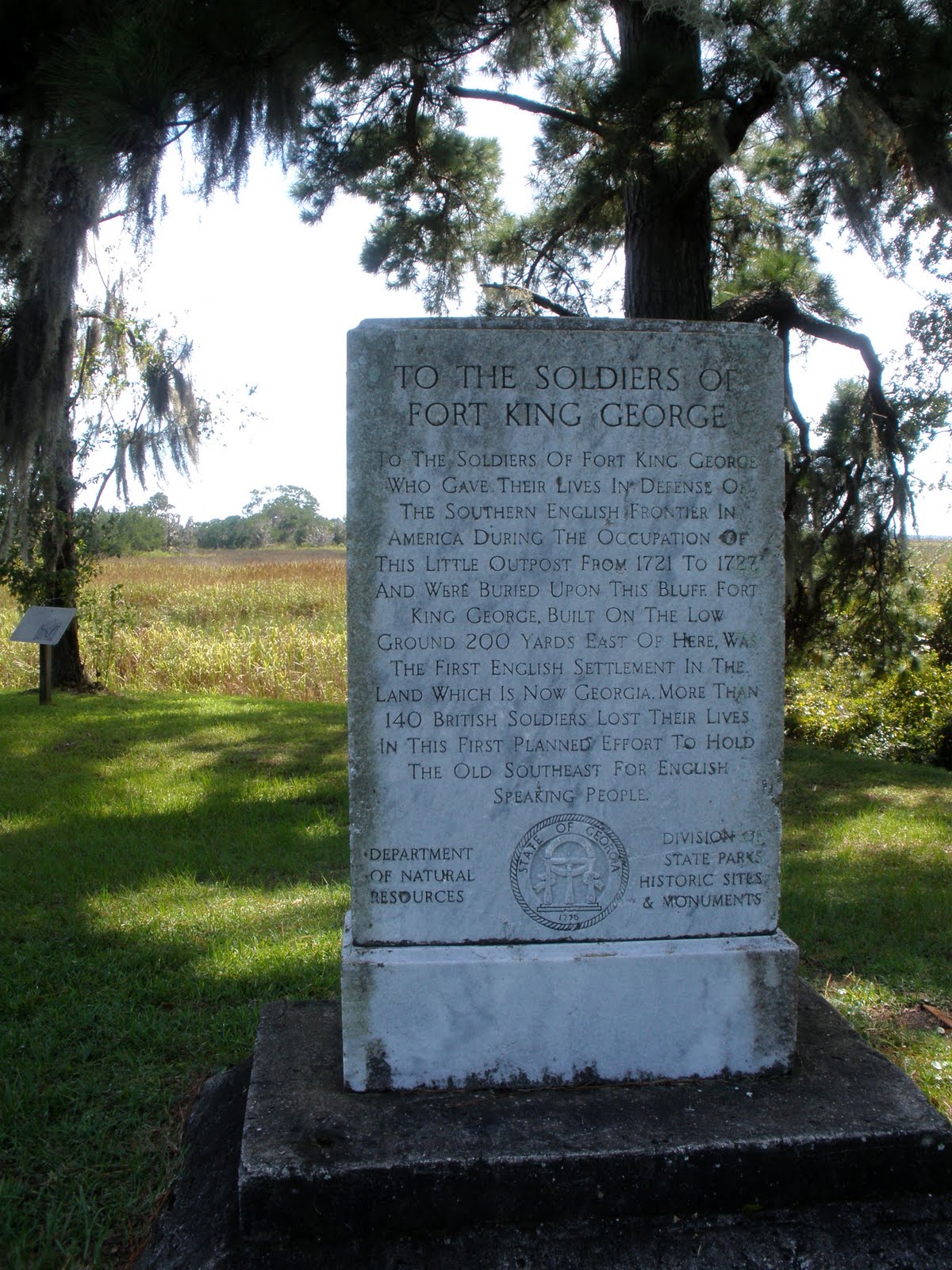 Headed back home down Route 95.
Posted by Jax Stumpes at 11:00 PM No comments: