Sunday, April 13, 2014
University of Minnesota College of Veterinary Medicine
White Coat Ceremony to mark the end of "book learning" and the beginning of "practical learning," as the students begin their fourth year of school consisting of clinical rotations.
Wednesday, June 11, 2014
Tamiko was staying at the Days Inn Midway located on University Avenue in St Paul. One week before the opening of the new light rail line, the "test" trains were running their full schedules along University Avenue.
University Avenue has been completely renovated with new sidewalks and environmentally-friendly storm drains that allow polluted water to filter through "planters" with flowers and trees before reaching the Mississippi River.
Saturday, June 14, 2014
Opening Day of  the Green Line, the second of Metro Transit's rapid transit lines, which connects downtown Minneapolis with downtown Saint Paul.
Monday, June 16, 2014
One of the stations on the Green Line, at Hamline Avenue, is decorated with designs inspired by the Prairie School of Architecture.
Saturday, June 28, 2014
At the Rice Creek Park Off-leash Dog Area: 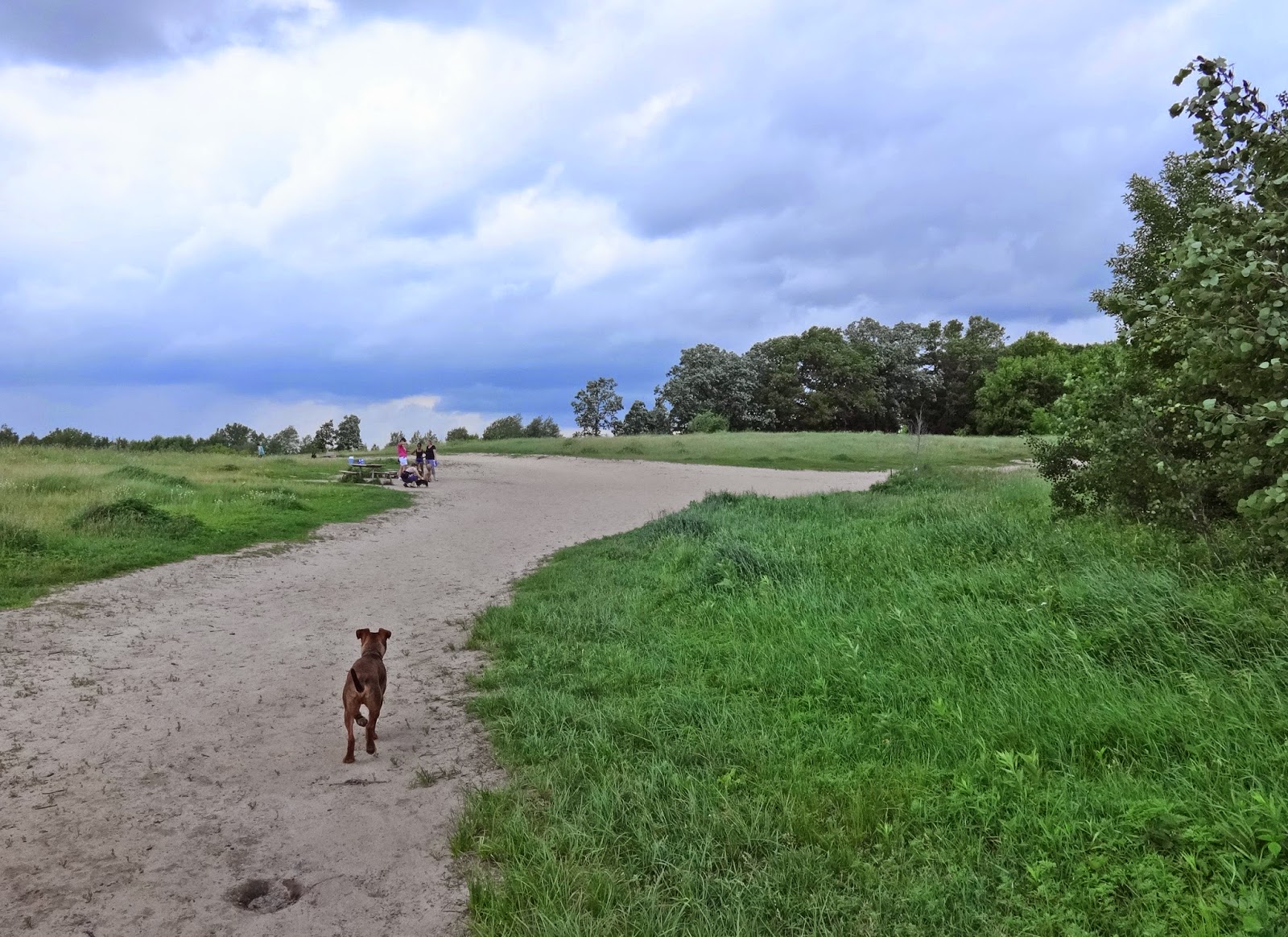 Sunday, June 29, 2014
Behind the apartment complex is a "secret" path to Materion Park:
Monday, June 30, 2014
Took the Blue Line to downtown Minneapolis:

Saturday, June 14, 2014
The 25th Parade the Circle, an artist-driven community parade around Wade Circle from the Cleveland Museum of Art.
The themes of this year's parade are Recologia Desigual (Recology is recovered resources and desigual means unequal or uneven) and Never Odd or Even.

Friday, April 4, 2014
Another trip to the Cleveland Museum of Art.

Saturday, April 5, 2014
Shaker Heights is proud to be the location of the last building in the United States designed by architect Walter Gropius.
Sign of Spring on Scottsdale Boulevard:

Sunday, May 4, 2014
Took a walk through Acacia Reservation, one of the Cleveland Metroparks located in Beachwood. The former golf course is being allowed to return to nature, and the former country club buildings are available to rent for special events.
Back in Shaker Heights: