Monday, September 12, 2011
Kent had today off, but we took an exploratory walk like I would have on a Monday when the housekeeping staff comes to the apartment.
In search of more villas, here's one at Dongping Road #11: 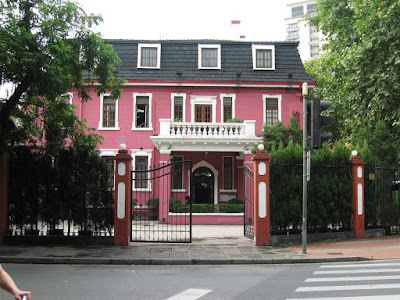 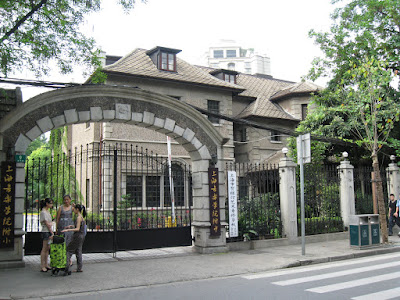 This was the dowry of Song Meiling when she married Chiang Kai-shek on December 1, 1927. They spent their honeymoon here, and Chiang Kai-shek called it the "Love Cottage." It is now used by a secondary music school affiliated with the Shanghai Conservatory of Music.
A bust of Alexander Pushkin: 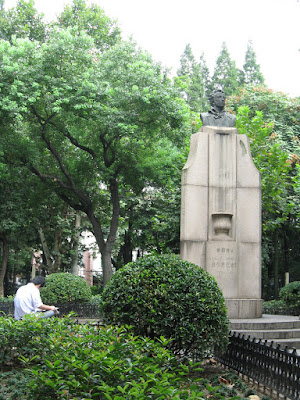 It was first erected on February 10, 1937 by Russian nationals to celebrate the 100th anniversary of the Russian poet's death. It was destroyed during the war against Japan and rebuilt in 1947. Destroyed once again during the Cultural Revolution, it was rebuilt and erected for the third time on the 150th anniversary of Pushkin's death in August 1987.
Across the street we found the Camel Sports Bar: 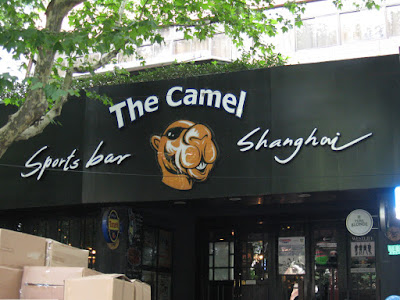 Best Sports Bar in Shanghai for 2010 and 2011. At 9:30 AM Kent had a beer and watched the Dallas Cowboys play live against the NY Jets.
A villa at Fengyang #150 is now the Paulaner Brauhaus: 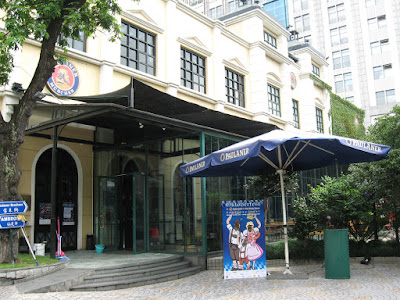 This may or may not be the Bai/White Mansion, former residence of Bai Chongxi, a general under Chiang Kai-shek and a Hui Muslim.
A sign for an Oktoberfest celebration: 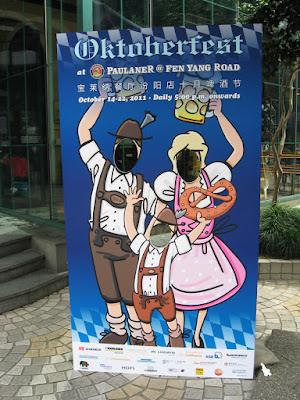 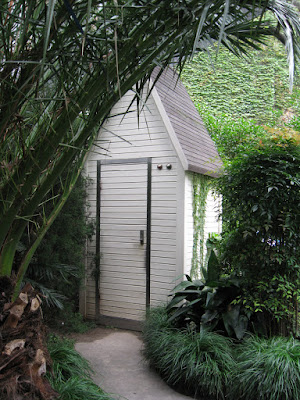 Okay, this guy was selling stunned ducks, and when you picked one, he put its head under a wing, then literally poked a hole in its heart and poured the blood into his garbage bag. He was even beginning to tear feathers off the duck when it was still alive. He cut out the organs and gave you a duck ready to roast. 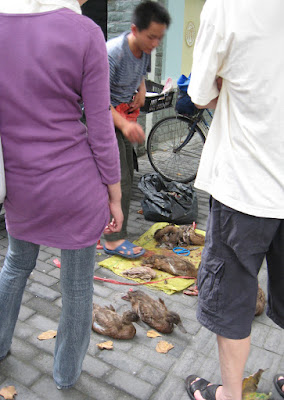 One poor woman seemed to be picking out a duck, but holding her hand over her mouth in horror of it all.
Gaoloan Road #28: 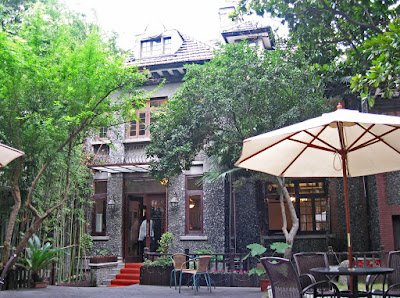 A French-style villa built in the 1920s and owned by a banker.
Fuxing Park's rose garden: 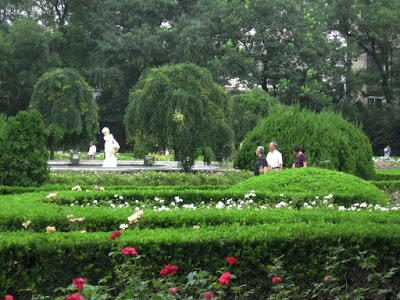 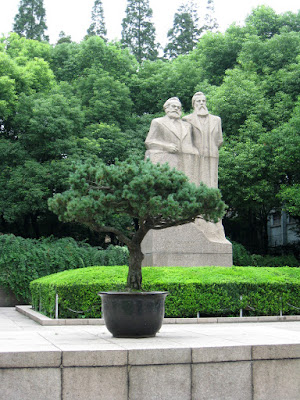 It was unveiled on August 5, 1985 on the 90th anniversary of Engel's death.
A family dressed alike by the Fuxing Park fountain: 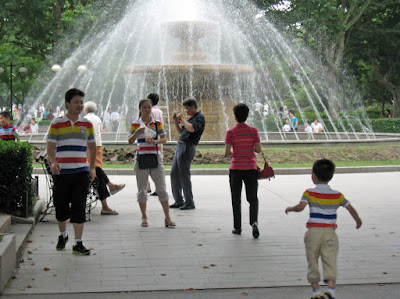 Listening to the locusts:
Shikumen Open House Museum shows a typical stone-gate house during the 1930s.
The reception room: 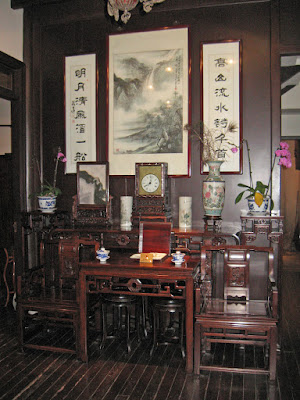 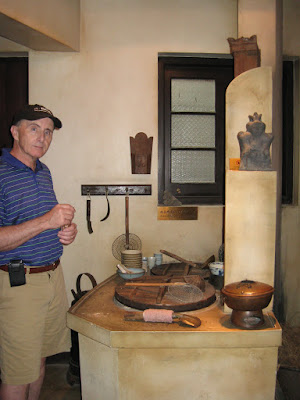 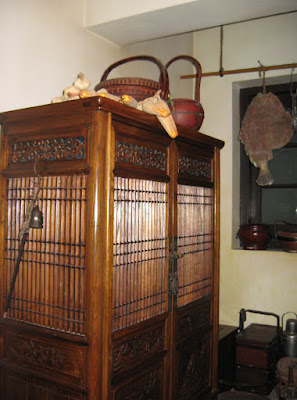 Over the kitchen, a small room was rented to boarders: 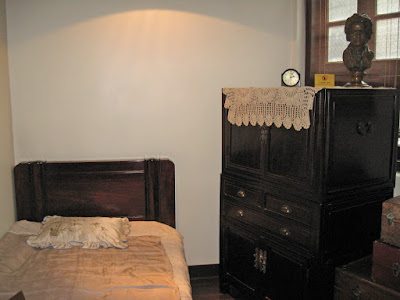 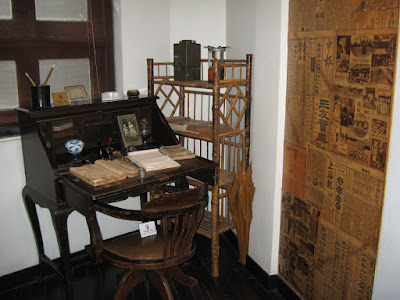 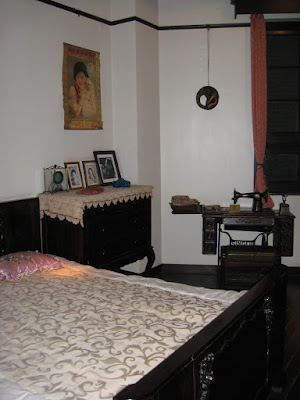 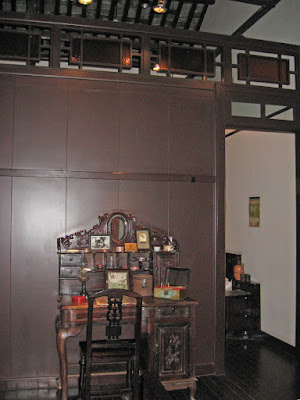 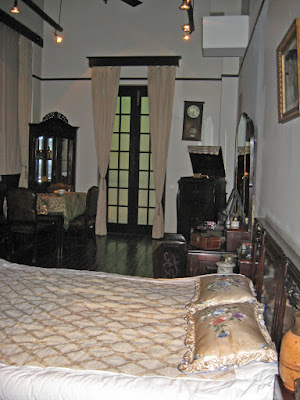 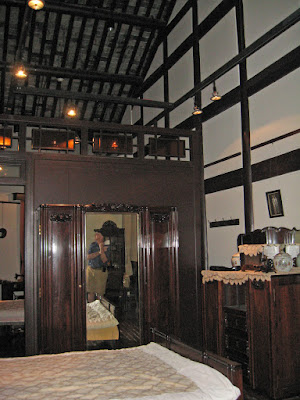 Note the open area above the wall, for air circulation?
The boy's bedroom: 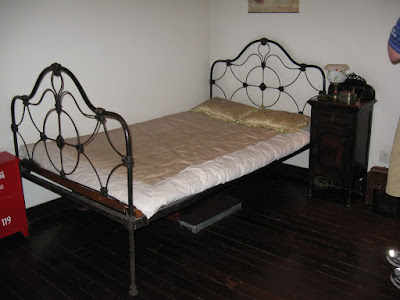 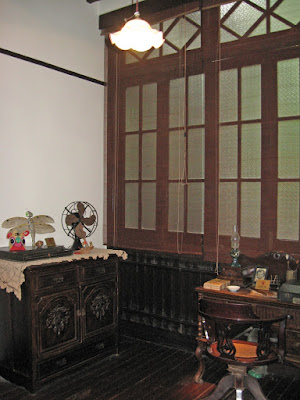 Back downstairs to the parents' bedroom: 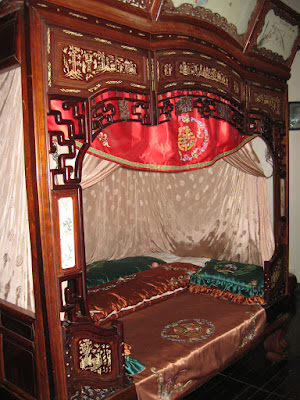 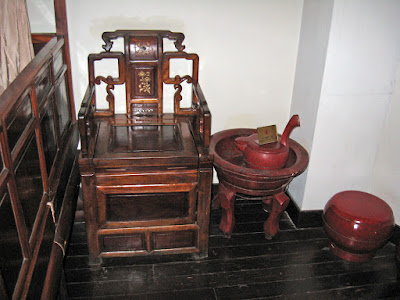 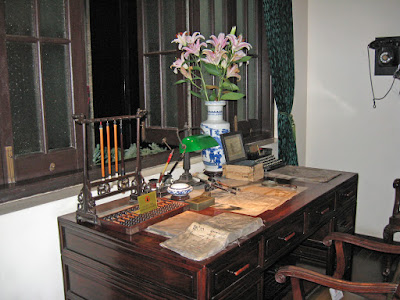 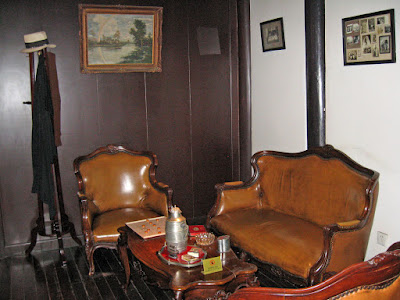 The first time we went to the Site of the 1st National Congress of the Communist Party of China, the actual site was scaffolded and closed. This time we could see it inside and out. 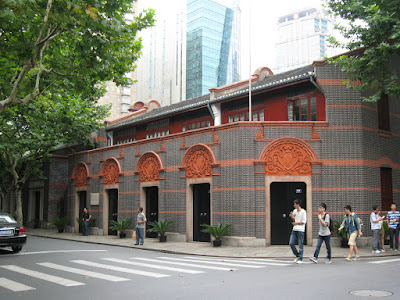 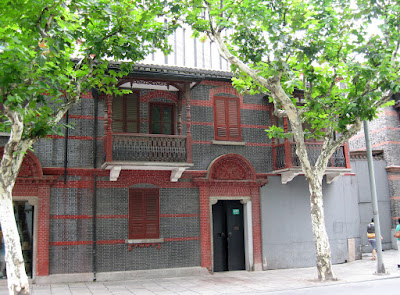 At the time of the 1st National Congress, this was a school dorm where the congress representatives were housed. (Mao slept here.)
Taipingqiao Lake (artificial lake): 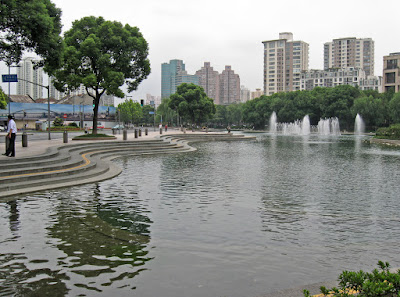